This week marks Transgender Awareness Week, and one Halifax artist hopes their piece inspires others to feel accepted.

Margot Durling is the trans and non-binary artist behind the new Chosen Family art piece standing tall at the Halifax Commons.

“There’s a history of genders beyond the binary,” Durling says.

They knew they weren’t female when they were very young.

“I’ve always been an artist so I drew a lot as a child and anatomically I was drawing myself as male very early on.”

Durling says they didn’t even know about the word “transgender” until their 20s.

“It’s really beautiful to see younger folks who identify as outside of the binary, or as trans,” they say.

“Having that support, having that language, those resources and that community so early on is really beautiful to see and I wish I had that growing up, too.”

But, Durling says, it’s also a unique experience to come out as an older person. 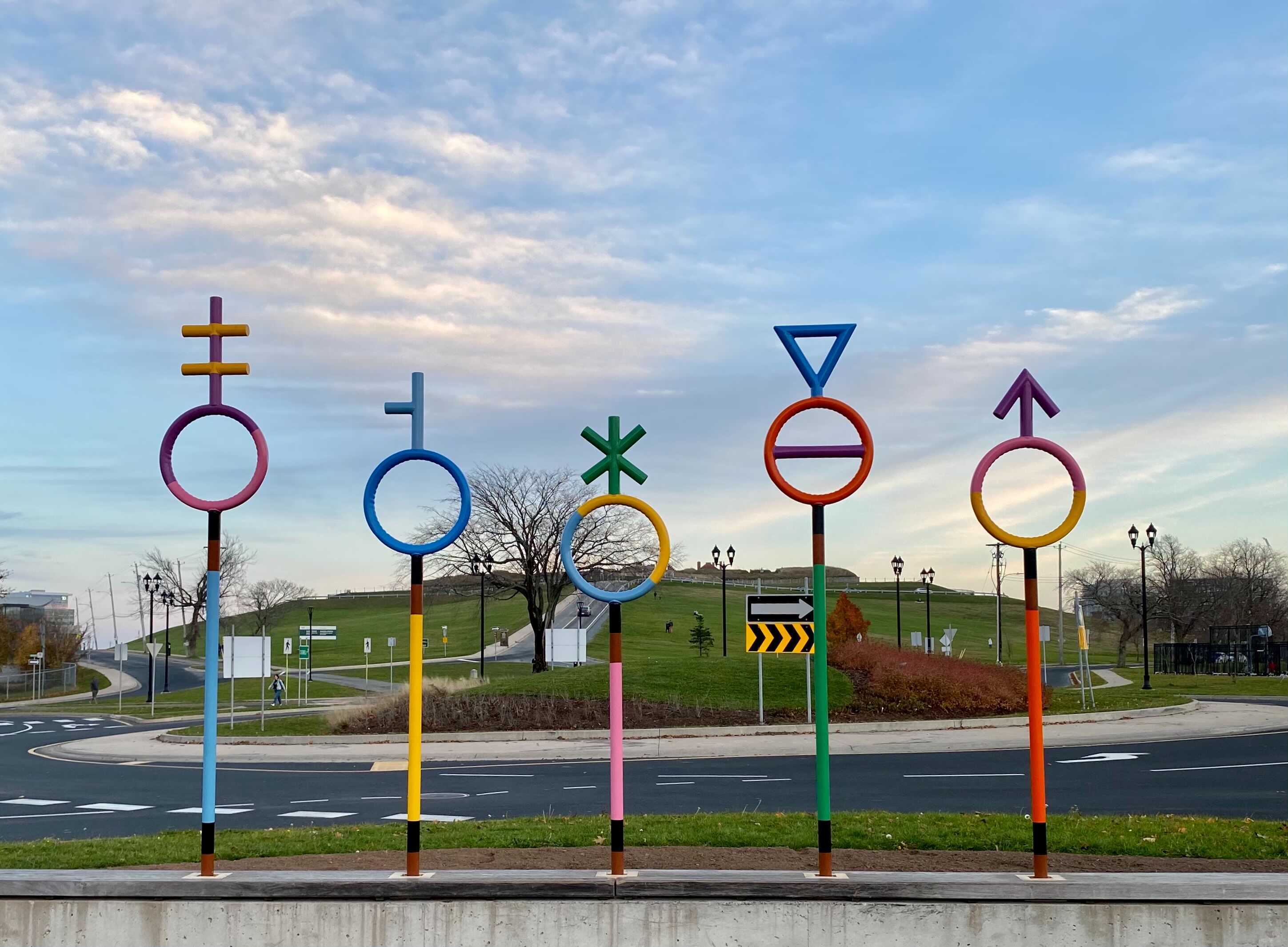 Durling says this idea is deeply engrained in the queer and trans community, but elsewhere as well.

“Families look a bit different nowadays. Being accepted and treated as family is a beautiful thing and that’s what it’s really about.

“Those figures being so upright, having their heads held high, gives that sense of pride and resilience.”

Chosen Family is now a permanent installation in the heart of Halifax.

“Seeing yourself reflected in the built environment is a deep source of validation and belonging and I hope this art does that for people that are walking by,” Durling says.

To those struggling with their identity, Durling says: “find community, explore gender, have fun and do your best to accept yourself.”