NEW DELHI (Reuters) – President Donald Trump said the United States and India were working on a major trade deal, but he was not sure if it would be completed before the U.S. presidential election in November. 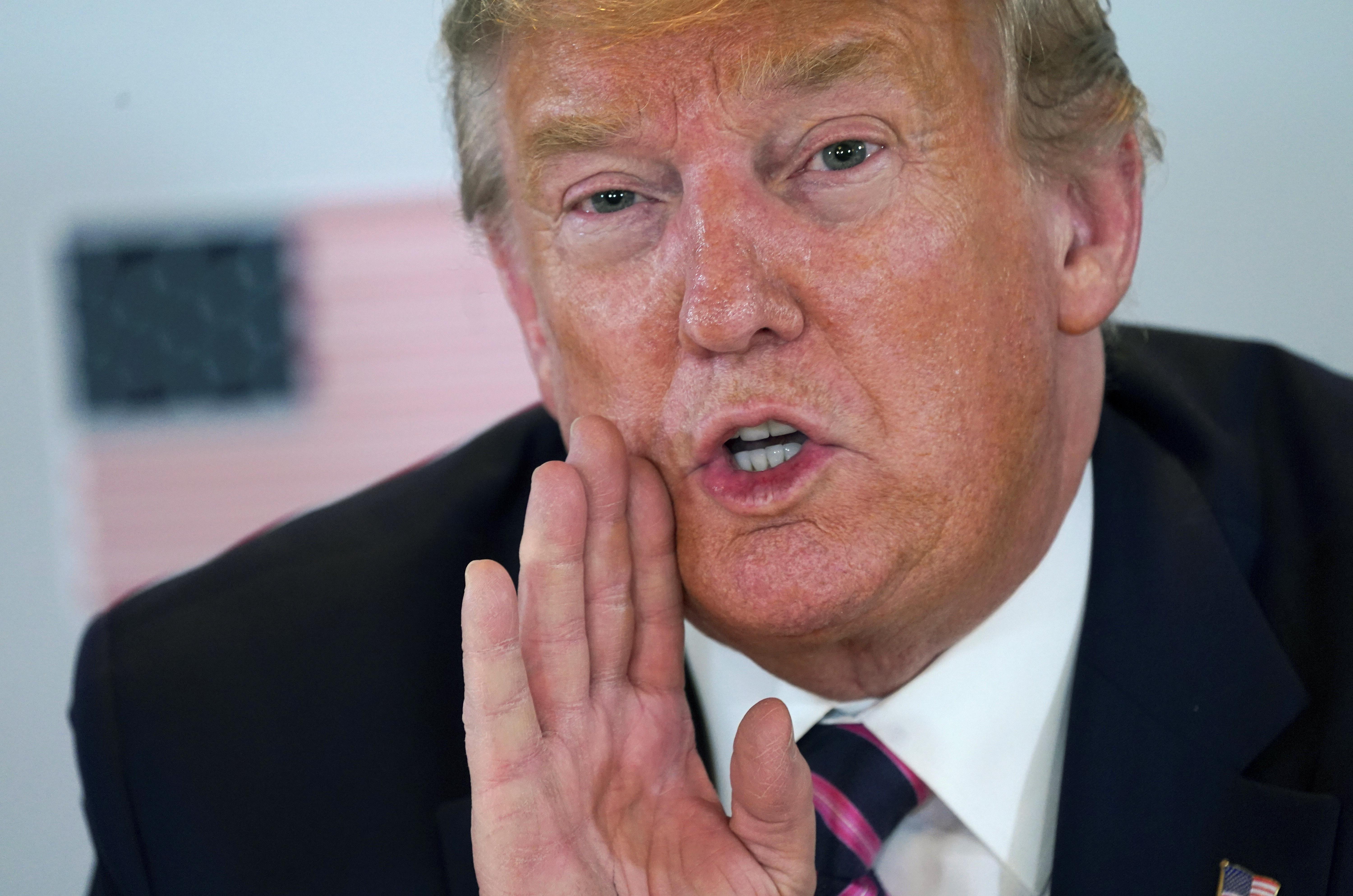 As Trump heads to India on his first official trip on Monday, negotiators have been trying for weeks to put together a limited accord giving the U.S. greater access to India’s dairy and poultry markets and lowering tariffs on other products.

But no breakthrough has yet been announced and a planned trip by United States Trade Representative Robert Lighthizer was canceled, underlining the difficulties the two sides face in narrowing differences ahead of Trump’s visit.

“We can have a trade deal with India, but I’m really saving the big deal for later on,” Trump told reporters on Tuesday, outside Air Force One at Joint Base Andrews in Maryland.

The United States is India’s second largest trade partner after China, with their goods and services trade hitting a record $142.6 billion in 2018.

Last year, the United States had a $23.2 billion goods trade deficit in 2019 with India, its 9th largest trading partner in goods.

Since Trump took office in 2017, long-standing trade differences between the world’s biggest democracies have come to the fore, with Trump calling India the tariff king.

The two have warred over everything from tariffs on farm goods to Harley Davidson motorbikes and price caps on medical devices and India’s new rules on local data storage.

Prime Minister Narendra Modi, who has tried to build a personal rapport with Trump, is pulling out all the stops for his visit, hosting him next week in Modi’s western home state of Gujarat for a reception in a cricket stadium.

“We’re not treated very well by India, but I happen to like Prime Minister Modi a lot. And he told me we’ll have 7 million people between the airport and the event,” Trump said, referring to a roadshow ahead of a “Hello Trump” rally in Ahmedabad, the main city in Gujarat where he will begin the trip.

India and the United States have built close political and security ties in recent years, with New Delhi turning to Washington as a top arms supplier, edging out traditional partner Russia.

Modi’s cabinet was meeting on Wednesday to give formal clearance for a $2.6-billion deal for two dozen military helicopters from U.S. defense firm Lockheed Martin (LMT.N)