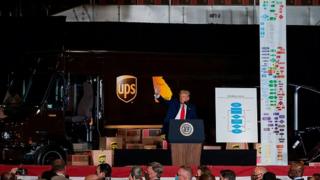 US President Donald Trump has announced alterations to a landmark environmental law, in a controversial move to allow projects to go ahead with less oversight.

He said they would speed up reviews of major infrastructure projects.

But critics say the changes amount to the dismantling of the 50-year-old law and are a giveaway to polluters.

Signed into law by President Richard Nixon in 1970, the NEPA is considered to be the bedrock of environmental safeguards in the US.

Under the law, federal agencies are required to be transparent and consult with the public before embarking on infrastructure projects that could impact the environment.

But under the changes unveiled by President Trump, the time window for the review process will be shortened. This will speed up approval for projects such as mines, roads, pipelines and power plants.

“This is a historical breakthrough that means better roads and highways,” Mr Trump said, announcing the changes at a hub for delivery firm UPS in Atlanta, Georgia.

“We are reclaiming America’s proud heritage as a nation that gets things done.”

Mr Trump’s choice of venue was symbolic, because the changes will expedite the expansion of the I-75, a major road for lorry drivers in Georgia.

What else do we know about the regulatory changes?

Mr Trump, a property magnate before he became president, said he had personally been frustrated by the “ridiculous process”, which was “the single biggest obstacle to infrastructure projects”.

As part of the changes to the NEPA, the review time frame will be cut “down to two years or less”, Mr Trump said.

“What we’re doing, the two years won’t be the exception, it will be the rule. This will reduce approval time for highways alone by 70%,” Mr Trump said.

Ahead of the announcement, a White House official told US media: “The new regulations will modernise, simplify and accelerate the environmental review process necessary to build a wide range of projects in the United States, including roads, bridges and highways.”

What do environmental groups say?

Environmentalists have condemned the changes as a cynical attempt to avoid scrutiny and circumvent the communities most affected by pipelines and other projects.

The Center for Biological Diversity, an advocacy group, said the move will “weaken safeguards for air, water, wildlife and public lands”.

“This may be the single biggest giveaway to polluters in the past 40 years,” said Brett Hartl, the group’s director of government affairs.

Greenpeace USA accused the Trump administration of “a blatant attempt to silence the working-class communities of colour” who were “resisting the expansion of fossil fuel infrastructure”.

What is President Trump’s record on environmental protection?

Wednesday’s announced changes are part of a much broader environmental rollback directed by the president, who has appealed for electoral support from America’s beleaguered mining and farming communities.

Since taking office in 2016, Mr Trump has slashed regulations on oil and gas development, weakened fuel emission standards for automobiles and proposed changes to the Endangered Species Act – a law credited with keeping hundreds of species from going extinct.

So far, the administration has rolled back more than 100 environmental rules, according to New York Times analysis. 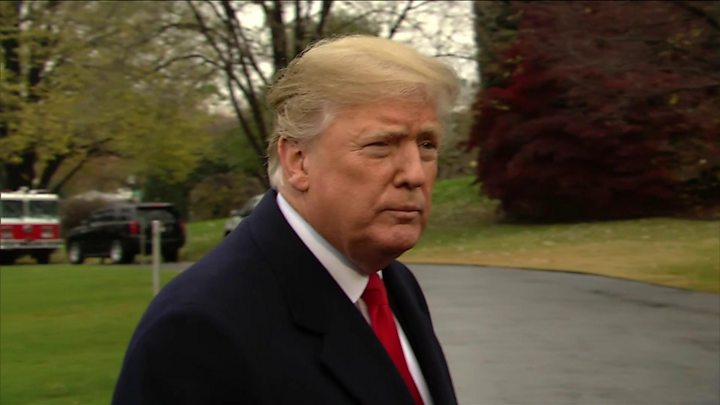 In January this year, while announcing other changes to environmental policy, Mr Trump criticised existing “job-killing regulations”, while insisting the US would maintain “world-class standards of environmental protection”.

“We have some of the cleanest air and cleanest water on Earth,” Mr Trump said.

The US is the world’s second largest emitter of greenhouse gases. A report found carbon dioxide emissions rose by 3.4% in 2018 – the largest spike in eight years – after three years of decline.