The news of an American president contracting a potentially lethal virus carried global repercussions beyond that of any other world leader. 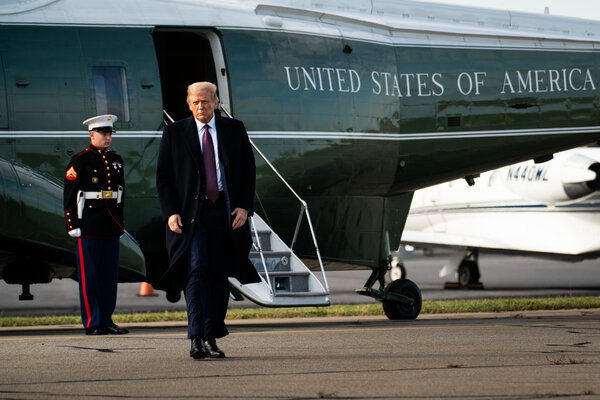 By Mark Landler and Mike Ives

LONDON — Once again, the world shuddered at news about President Trump. This time, it wasn’t something Mr. Trump said or did, but rather the announcement that he had tested positive for the coronavirus.

Mr. Trump is not the first world leader to be infected. Prime Minister Boris Johnson of Britain and President Jair Bolsonaro of Brazil both tested positive. Mr. Johnson ended up in an intensive care unit where, he said later, “things could have gone either way.”

But Mr. Trump, 74, is older and at higher risk than either of those men. The news of an American president contracting a potentially lethal virus carried global repercussions beyond that of any other world leader. Financial markets fell in Asia and looked set to open lower in Europe and the United States.

Expressions of concern and good wishes for Mr. Trump’s speedy recovery — as well as that of the first lady, Melania Trump — poured in from officials in India, Britain and other countries.

“Wishing my friend @POTUS @realDonaldTrump and @FLOTUS a quick recovery and good health,” the prime minister of India, Narendra Modi, said in a tweet.

Taiwan’s Foreign Ministry said on Twitter: “Our best wishes to @realDonaldTrump & @FLOTUS for a speedy recovery & return to full health. The government & people of Taiwan stand with the U.S. at this testing time.”

Britain’s housing secretary, Robert Jenrick, said on Sky News, “All of us want to send our best wishes to President Trump, the first lady and the Trump family and wish them a speedy recovery.”