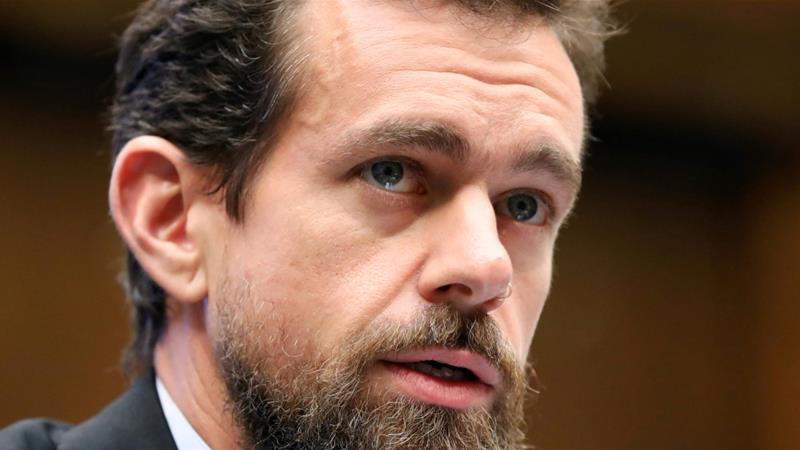 New Delhi, India – Twitter has come under fire by right-wing groups in India after senior executives, including CEO Jack Dorsey, skipped a parliamentary committee meeting where it stood accused of left-wing bias by the ruling Bharatiya Janata Party (BJP).

Hours after Dorsey’s non-show on Monday, the committee suggested that it could initiate “breach of privilege action” against it.

“Of course it can be an issue of breach of parliamentary privilege,” committee head Anurag Thakur told journalists in New Delhi, referring to the disregarding of the rights enjoyed by the house and its members.

“They are taking advantage of the world’s biggest market and are unwilling to answer,” added Thakur, a legislator for the ruling BJP.

The committee had reportedly summoned the senior Twitter officials via a letter on February 1, but the San Francisco-based giant cited “short notice” for its refusal to appear.

Dorsey, whose stake in the social media giant is estimated to be around $600m, has now been summoned to appear on February 25.

The row comes amid claims of a left-wing bias on Twitter, where right-wing accounts supportive of the BJP and its ideology are allegedly being “shadowbanned”.

According to local reports, the group had also written to Thakur about Twitter “systematically suspending their handles, restricting their reach and removing trends from the trends list”.

In a statement last week, the company rejected accusations of bias against certain handles.

Tajinder Pal Singh Bagga, a spokesman of the BJP in New Delhi who has been at the forefront of these protests, accused Twitter of “a 100 percent leftist bias” and said it was “censoring right-wing voices”.

“Twitter suspended many accounts without giving any specific reason although they later reinstated them. It is worrying that Twitter does not actually say how their censorship decisions work,” Bagga told Al Jazeera.

“If there was any abusive content from these right-wing accounts, we won’t support them. But that was not the case here,” he added.

“This happened in the United States as well when [President Donald] Trump complained about shadow-banning Republican accounts. Why is this big company suspending accounts of a certain ideology alone?”

Twitter said it made more than 70 changes to their product, policies and processes last year to improve its platform.

“Improving the health of the public conversation is the number one  priority for our company – from our CEO down, it’s part of everyone’s job at Twitter,” a company spokesperson told Al Jazeera.

“The changes we made last year enabled us to take action on more abusers who were reported to us in comparison to last year, stop hundreds of thousands of accounts from rejoining after a suspension for abusive behavior and reduce abuse in conversations,” the spokesperson added.

‘No data to back right-wing claims’

The right-wing anger against Twitter has been brewing since Pratik Sinha, who runs the fact-checking website AltNews.com, exposed several anonymous accounts that were allegedly preaching hate and spreading fake news.

“To summon Twitter reps for a parliamentary panel is ridiculous. Let the right wing make the data public about this so-called bias. They have no data to back their claims that the right wing is being targetted,” Sinha told Al Jazeera.

Sinha said Twitter had not only failed at countering hate-mongering, but they had also made the process of suspending accounts completely opaque.

“This is not an ideological bias, they are doing a bad job at moderating,” he said.

“In Iran, Facebook and Twitter had removed hundreds of pages because they were facing heat from the US government. But in India, despite reporting hate-filled pages, they are not taken down because most of these are doing pro-government propaganda. Their moderation policies are different in different countries,” Sinha added.

Twitter’s problems in India, however, are not new. In November last year, Twitter apologised after a massive backlash from upper-caste Indians who said they were offended after a picture of Dorsey circulated showing him holding a poster critical of patriarchy.

Reading “smash Brahminical patriarchy”, the banner referred to the highest Hindu caste and its alleged sanction for the patriarchal oppression of women.

But Twitter’s apology also sparked outrage over the perceived inability of social media giants to stand up to far-right bullying in India.

Earlier last year in the US, the platform faced criticism for “verifying” and handing out “blue ticks” to several hate groups and white supremacists.

Twitter will be further tested when India votes in a general election due by May, in what will be the world’s largest democratic exercise.