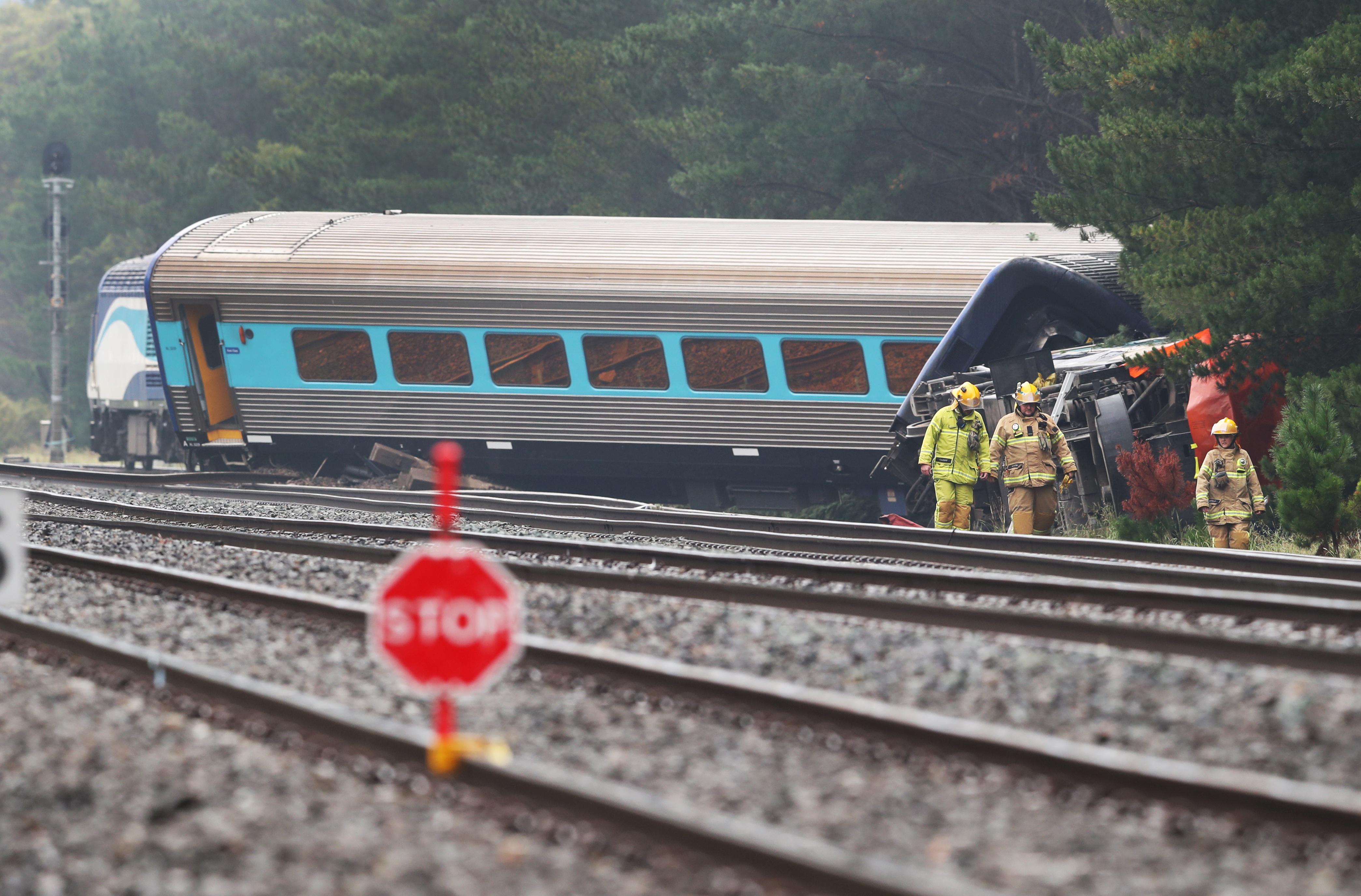 SYDNEY (Reuters) – Two people were killed and 12 others were injured when an Australian interstate train derailed outside Melbourne on Thursday evening, police said.

The train, which was traveling from Sydney, came off the rails near the town of Wallan, about 50 km (30 miles) from Melbourne.

Police said on Friday an unnamed male driver and an unidentified man died in the derailment.

Local media carried photos showing several carriages of the train askew off the tracks, with the locomotive on its side.

“It is believed the train traveling from Sydney to Melbourne derailed near the Hume Freeway just before 8pm,” police in the state of Victoria said in an emailed statement.

Ambulance Victoria confirmed one of the injured had been flown to a Melbourne hospital and another four people had been taken to a second hospital, where they were in a stable condition.

“A number of others will be taken to hospital with minor injuries,” Ambulance Victoria said.

Transport authorities in New South Wales said there were approximately 160 passengers on board the train.