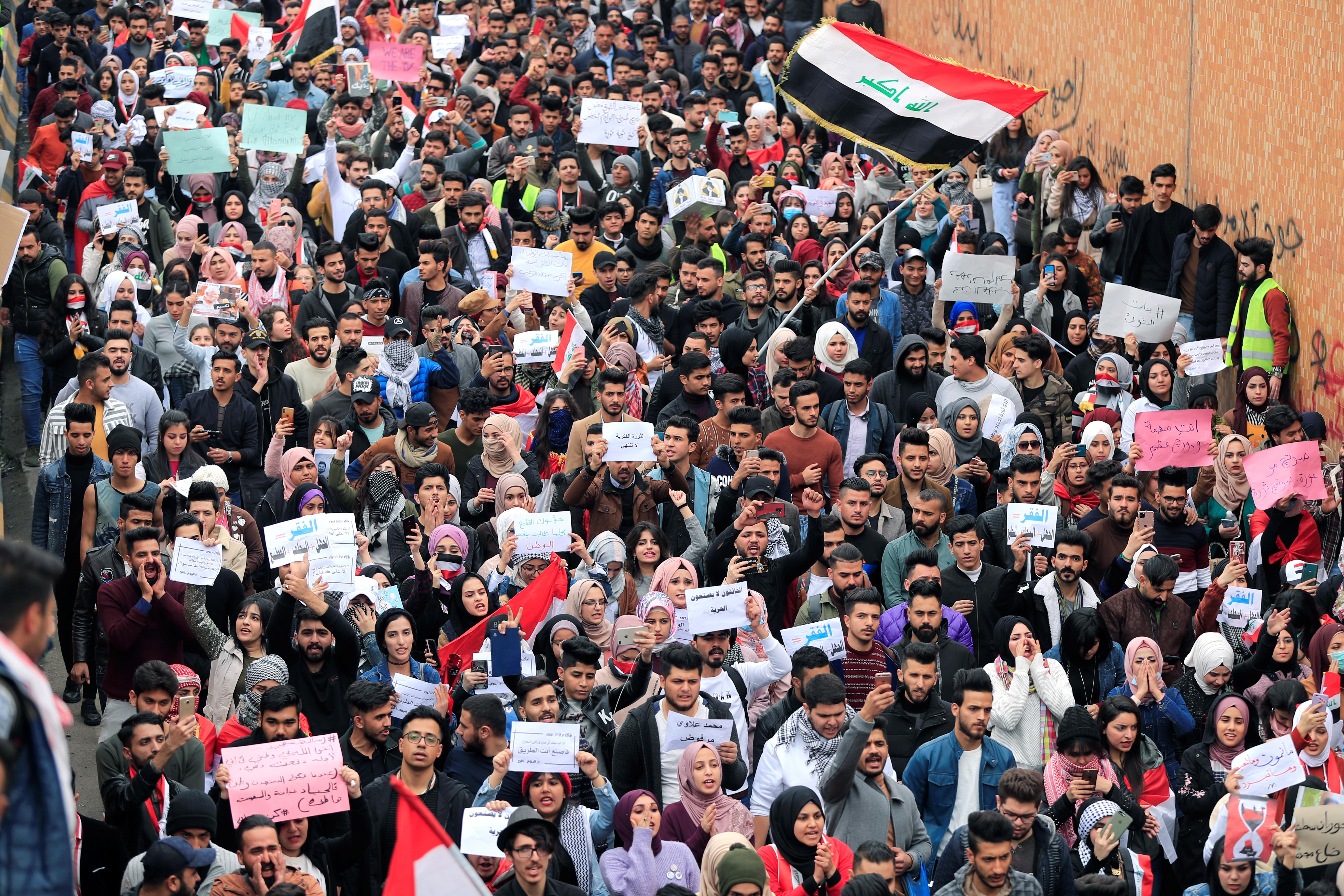 BAGHDAD (Reuters) – The top United Nations envoy to Iraq condemned on Monday the use of hunting rifles loaded with birdshot against peaceful protesters in Baghdad and urged the government to ensure those demonstrating are not harmed.

The U.N. Assistance Mission for Iraq said it had received credible allegations of protesters being targeted with hunting rifles, stones and firebombs on the nights of Feb. 14-16, leading to at least 50 injuries.

At least 150 people were injured in the Shi’ite Muslim holy city of Kerbala in January alone due to similar tactics, UNAMI said in a statement.

“The continued pattern of the use of excessive force, with ambiguously identified armed groups and unclear loyalties, is a grave security concern that must be tackled urgently and decisively. Peaceful protesters should be protected at all times,” said Jeanine Hennis-Plasschaert, Special Representative of the United Nations Secretary-General for Iraq.

Iraq is facing an extraordinary domestic crisis as nearly 500 people have been killed since October in protests demanding the ouster of what demonstrators see as a corrupt ruling elite and an end to foreign interference mainly by Iran and the United States.

At least nine people were wounded on Monday in Baghdad during renewed clashes between protesters and security forces, police sources said. Two were wounded because of birdshot and the rest suffered teargas-related injures.

Prime Minister-designate Mohammed Tawfiq Allawi said on Saturday a new government would be formed in the coming week.

Allawi appealed to Iraqis for their support hours after his appointment by President Barham Salih earlier this month, but protesters have already rejected him as a stooge of the political elite.