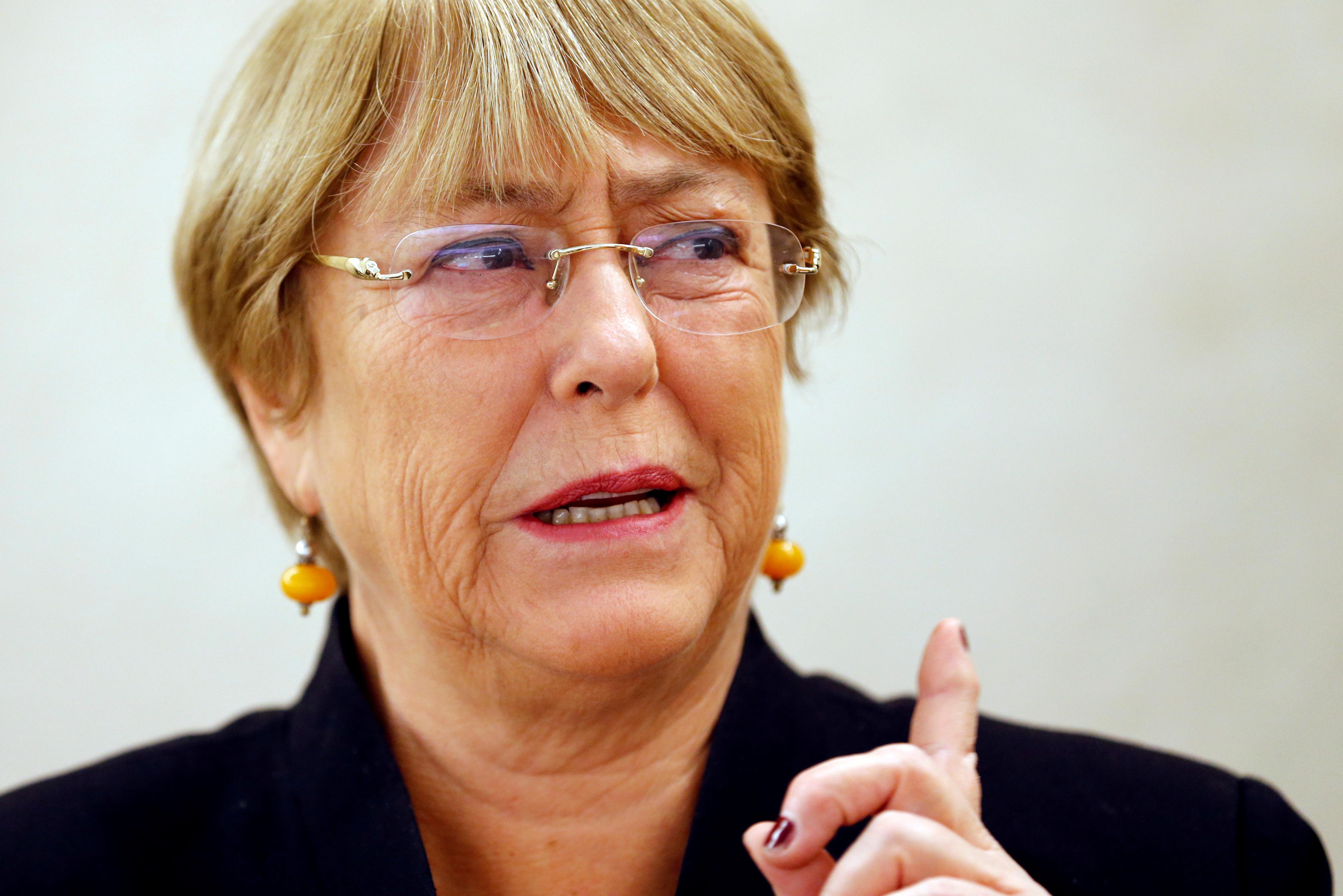 U.N. experts and activists say at least 1 million ethnic Uighurs and other Muslims are held in detention centers in Xinjiang. China describes them as training centers helping to stamp out terrorism and extremism and give people new skills.

Bachelet’s spokesman Rupert Colville had no immediate comment, but activists said that any visit would have to be independent and credible with full access.

Chen Xu, China’s ambassador to the U.N. in Geneva, told the U.N. Human Rights Council that its “deradicalisation” measures had led to a “marked improvement in security and better protection of all ethnic groups in Xinjiang” where there had been “no single terror attack” for three years.

“Trainees” who graduated from its vocational training centers had found stable jobs and been re-integrated into society, Chen said. China rejected “unsubstantiated allegations” by some countries on the Xinjiang question, he added.

“We are looking forward to the visit of the High Commissioner, Mrs. Bachelet, to China including to Xinjiang this year, and we are working closely with her office on detailed arrangements for her visit,” Chen said.

At the council’s session last June, Chen said he hoped she would visit, but negotiations have stalled.

Bachelet, a former president of Chile, has repeatedly pushed China to grant the United Nations access to investigate reports of disappearances and arbitrary detentions, particularly of Muslims in Xinjiang.

Germany’s Foreign Minister Heiko Maas, in a speech to the forum on Monday, voiced concern at “the maltreatment of ethnic and religious minorities such as the Uighurs” in China.

Britain’s minister of state Lord Ahmad of Wimbledon said on Tuesday that “over a million Uighurs have been extrajudicially detained”, amid what he called systematic restrictions on Uighur culture and the practice of Islam. He urged China to allow Bachelet’s office “unfettered access” to Xinjiang.

“China has a record of orchestrating stage-managed Xinjiang tours that lack independence or credibility. China should guarantee that any visit by the High Commissioner be unfettered and unconditional, so that she can visit where she likes and speak with whom she likes, free of Chinese surveillance, scrutiny or interference,” John Fisher of Human Rights Watch told Reuters.

The terms of country visits are typically negotiated to ensure free access to areas and alleged victims of abuse, with a guarantee of no reprisals against witnesses.

Louise Arbour was the last U.N. High Commissioner for Human Rights to visit China, in September 2005.