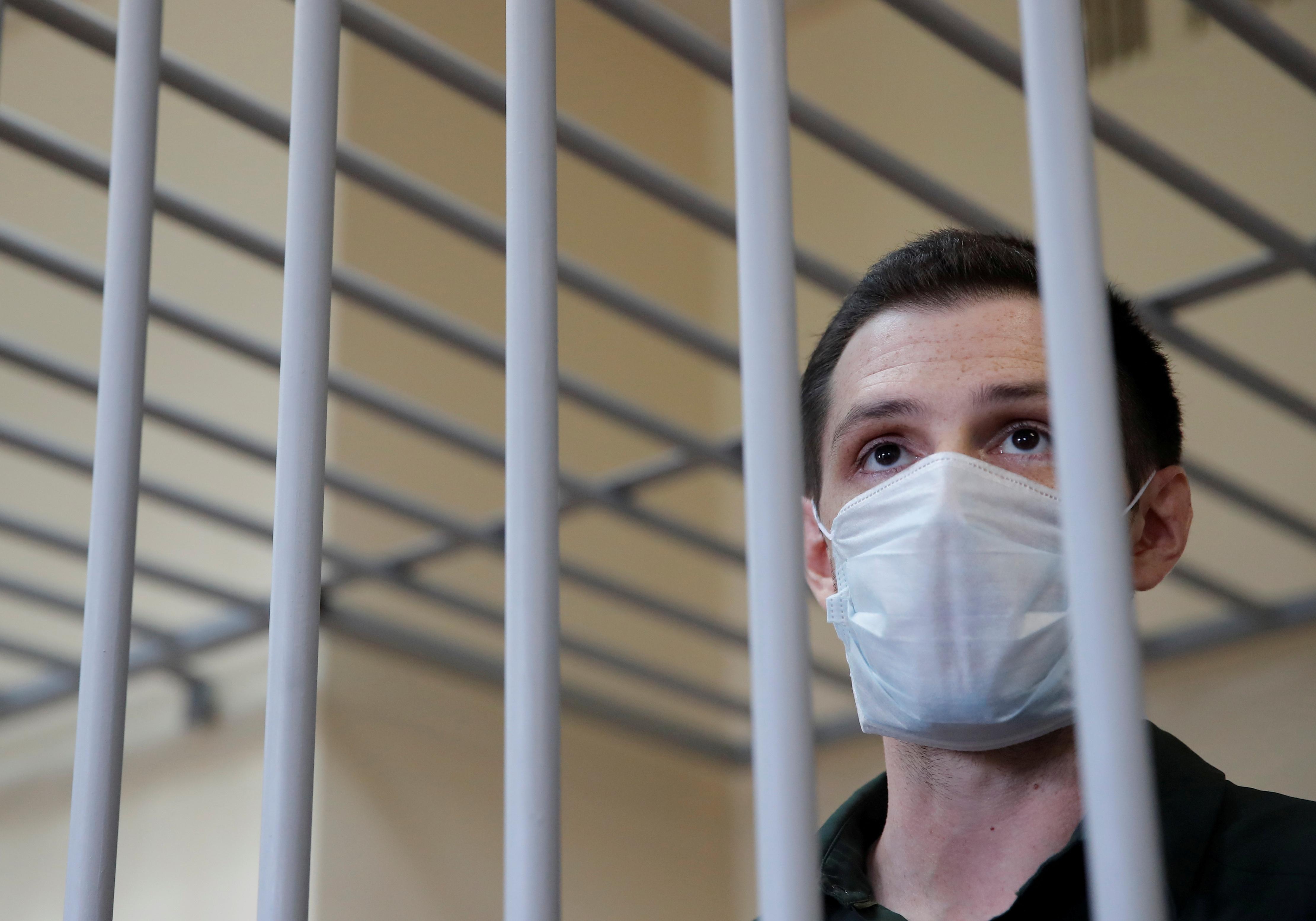 MOSCOW (Reuters) – The U.S. ambassador to Russia visited on Monday a former U.S. Marine who has just started a nine-year sentence in a Moscow jail, and said the United States was pushing for his release.

A Russian court in July convicted Trevor Reed, a student at the University of North Texas, of endangering the lives of two police officers, a charge Reed denies.

“Trevor mentally seems to be doing as well as can be expected… It pains me to see him detained under these circumstances,” said ambassador John Sullivan after a visit to Vodnik prison.

“It is important that he gets the medical treatment that he needs, and we will be advocating for that vigorously – and, of course, for his release,” said Sullivan, who described the evidence against Reed as “laughable”.

U.S. Deputy Secretary of State Stephen Biegun spoke to Russian officials about the case during a visit last week, demanding his release, the ambassador added.

Prosecutors accused Reed of grabbing a police officer who was behind the wheel of a car after the American was detained on Aug. 15 last year. That, they said, caused the vehicle to swerve dangerously. He was also accused of elbowing a second officer.

Reed, who said he traveled to Moscow in May, 2019, to learn Russian and visit his Russian girlfriend, has said he does not remember the events of that evening because he was drunk when he was detained after leaving a party in Moscow.

Sullivan said he also hopes to visit another former U.S. Marine, Paul Whelan, who was sentenced in June to 16 years in jail for espionage, a charge he denied.

“I will be planning to travel there at the earliest opportunity. To visit with Paul, see how he is doing, and discuss his situation,” the ambassador said.