(Reuters) – More than 300 Americans who had been stuck on a cruise ship affected by the coronavirus were back in the United States on Monday, flown to U.S. military bases for two more weeks of quarantine after spending the previous 14 days docked in Japan. 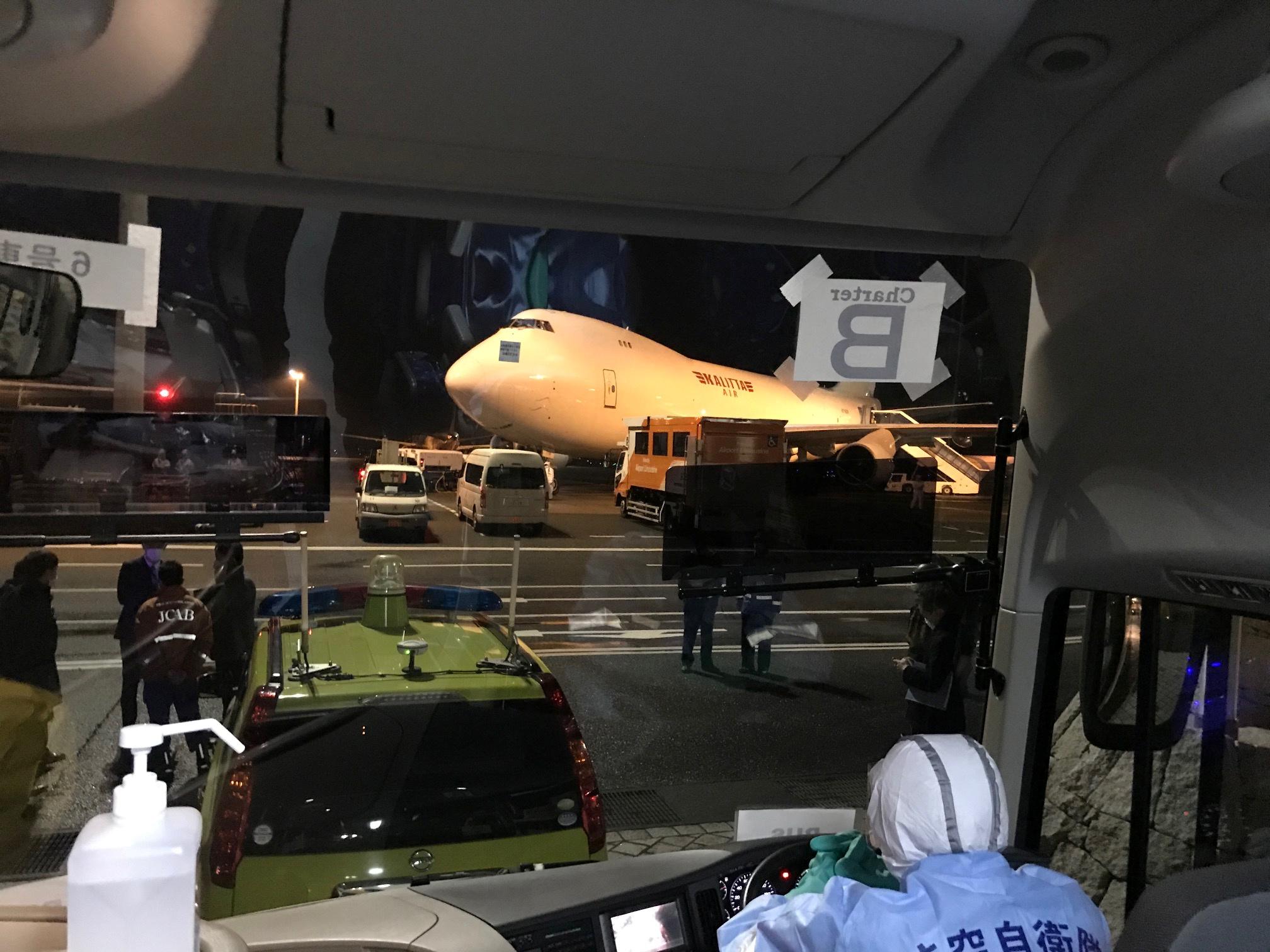 Among those repatriated on a pair of U.S.-chartered jets were 14 people who tested positive for the fast-spreading virus, seven on each plane. The Diamond Princess cruise ship held by far the largest cluster of cases outside China, with more than 400 people infected out of some 3,700 on board.

The coronavirus outbreak has killed 1,770 people in China and five elsewhere, with Chinese officials reporting another 2,048 cases on Monday, raising the total to 70,548.

Washington previously flew hundreds of Americans from China to military bases in the United States, and then arranged to bring back the 338 cruise ship passengers once their 14-day quarantines on board had expired.

A further 200 U.S. citizens were stuck in Cambodia, among them 92 still on board another cruise ship, the Westerdam, that was also affected by the virus.

The Diamond Princess was ordered to stay under quarantine at Yokohama port on Feb. 3 after an 80-year-old Hong Kong man, who was on board from Jan. 20 to Jan. 25, developed the virus.

U.S. officials previously pledged to keep infected Americans in Japan for treatment. But they said they were forced to change plans after the passengers disembarked and were on their way to the airport when Japanese officials informed them that 14 of those in transit had tested positive.

“It was only when they were loaded onto these buses that we were made aware these positive results had come back from the government of Japan,” Dr. William Walters, a senior medical official for the State Department, told a news briefing.

“They were then taken off the bus, moved into the aircraft and that dedicated isolation area, which was the safest place for them to get away from the rest of the passengers and give us time to make decisions,” Walters said.

The infected passengers were isolated in specialized containment areas aboard the two chartered jets. They were exposed to other passengers for about 40 minutes during the bus ride.

“We removed them from the buses as soon as those buses came to a stop on the tarmac and it was safe to do so,” Walters said.

One of those planes landed at Travis Air Force Base in California on Sunday night.

A few hours later, the other plane landed on Monday morning at Joint Base San Antonio in Texas, where news video showed a ground crew in anticontamination suits climbing the stairs to the plane in the predawn fog. Passengers later descended wearing surgical masks.

The 14 passengers who had tested positive were immediately moved to a separate facility in Omaha, Nebraska, officials said.

Like other repatriated Americans, the remaining passengers will be quarantined on the bases for 14 days.

Previously, more than 40 Americans on the Diamond Princess had tested positive, and U.S. health officials said they would remain in Japan for treatment.

Before the arrival of the sickened passengers from the cruise, U.S. officials had reported 15 cases in seven states, most of them travelers who had returned from China but also three who had been evacuated on other U.S.-chartered planes repatriating Americans.