United Arab Emirates eases ban on shipping of goods between it and Qatar enforced under a June 2017 boycott of Doha. 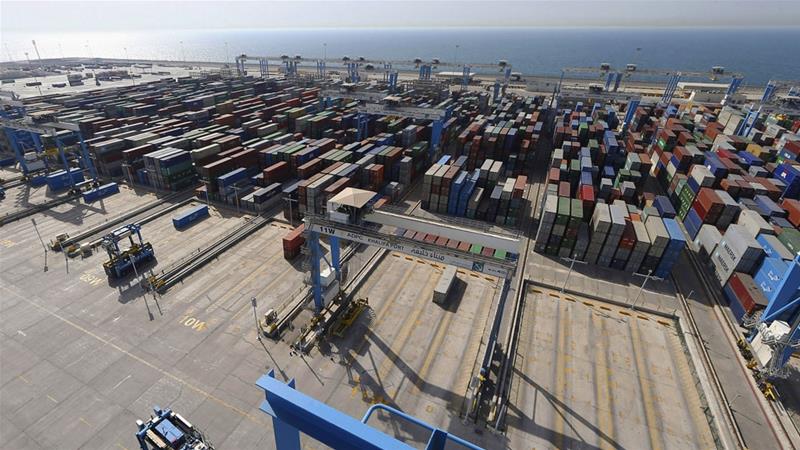 The United Arab Emirates has eased a ban on the shipping of goods between it and Qatar, enforced under a political and economic boycott of Doha, according to port circulars and an industry source.

The UAE, Saudi Arabia, Egypt and Bahrain severed diplomatic, trade and transport ties with Qatar in June 2017 over allegations it supports terrorism, a charge Doha denies.

An Abu Dhabi Ports circular dated February 12 cancelled previous directives that banned cargoes of Qatar origin from UAE waters and ports, and those of UAE origin from Qatar.

It maintained a ban on vessels flying the Qatari flag or owned by Qatari shipping firms or nationals. UAE-flagged vessels still cannot call at Qatar ports.

An industry source told Reuters news agency that the circular applied to all ports in the UAE. Government authorities in both the Gulf states were not immediately available to comment.

It was not clear if the move was linked to complaints filed to the World Trade Organisation related to the Gulf dispute.

Last month, the UAE filed a complaint against Qatar at the WTO, saying Doha had imposed a ban on Emirati products.

On the political front, there has been no indication of a thaw. The UAE and Saudi Arabia have said the dispute is not a priority and that Qatar must accept a list of conditions before ties are restored.

Qatar has said that although it would like the matter resolved, it is moving on. Last year, it quit oil producers’ group OPEC, of which Saudi Arabia is the de facto leader.

Diplomats in the Gulf say the boycott has raised costs for companies operating in the region, with vessels forced to call at ports in third countries when sailing between Qatar and the UAE.

Qatar’s economy has largely weathered the boycott, thanks to the tiny country’s vast wealth, which was swiftly deployed by the government to support the financial sector.

The world’s largest natural gas exporter also forged new trade links to meet domestic demand, including basic goods, such as food and construction material as it prepares to host the 2022 World Cup.