New weather charts and forecasts predict Britons will be able to get out their BBQs as conditions become warmer and hotter in two weeks time. WXCharts’ minimum and maximum temperatures charts show temperatures will range between 15C (59F) and 19C (66.2F) on Saturday, May 22nd at 6pm.

Conditions will be slightly milder across northern parts of England from Newcastle to Manchester will temperatures set to be a cooler 15C (59F) to 18C (64.4F).

Parts of south-west and northern England will see the Mercury range between 14C (57.2F) and 19C (66.2F) as sunny spells push through. 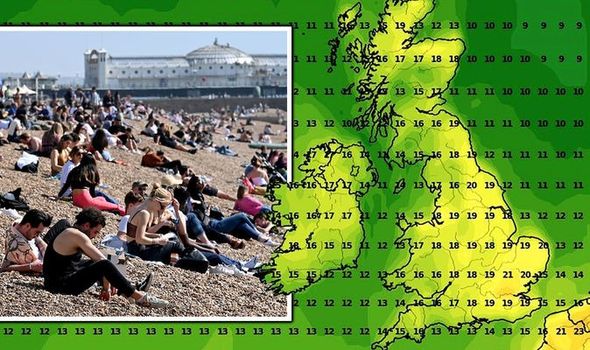 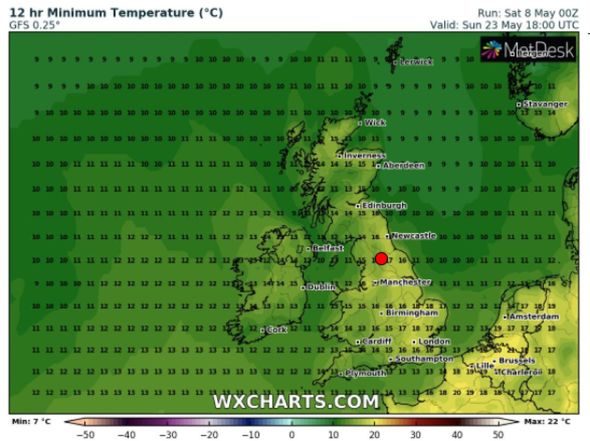 Netweather’s long-range weather forecast said by May 22nd and 23rd, conditions will start to feel like “a taste of summer for most and probably becoming very warm or hot” due to a change in the “pressure systems”.

It added the dates would be a “mostly dry period” in the north and west with “hit and miss” showers and storms likely mostly in the south and east of the UK.

The change in conditions comes after the coldest April in England for 32 years. 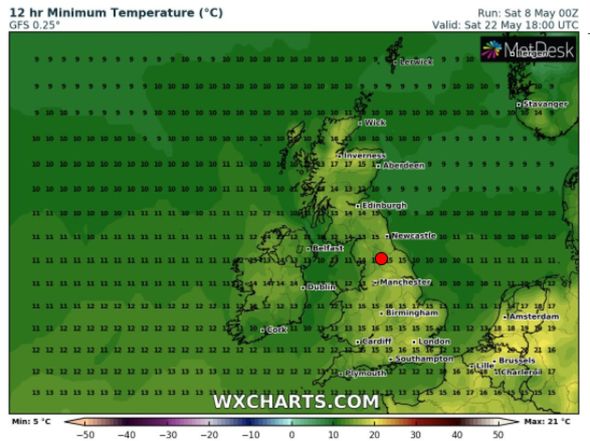 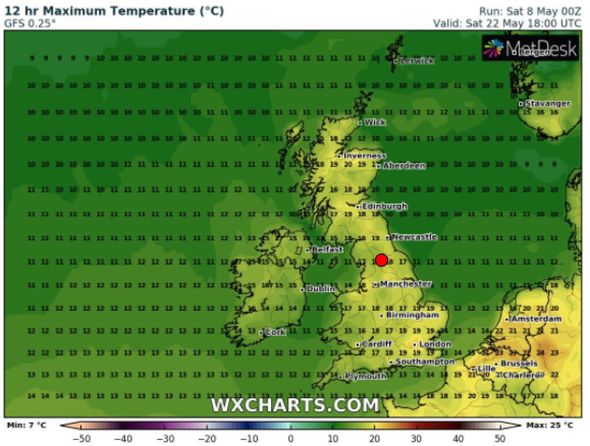 It was also provisionally the driest, most frosty April since 1938 in some localities, due to frequent “spring northerlies” which have continued throughout May, according to the Met Office.

Later on today, the Met Office says the rain will continue across northern and western Britain in the evening and will be heavy across the south-west.

There will be some late sunny spells across south-east England however with temperatures ranging from 6C (42F) in the Northern Isles of Scotland, 11-13C (51.8-55.4F) across parts of northern England and peaking at 16C (60.8F) in London.

Overnight on Saturday night, it will be generally cloudy with rain continuing across Wales and south-west, northern and central England. 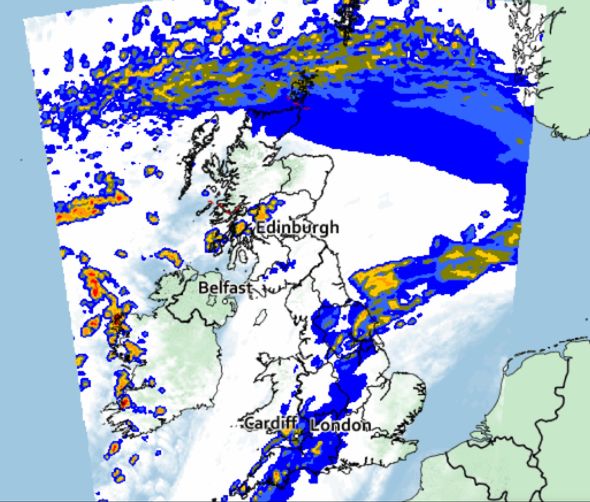 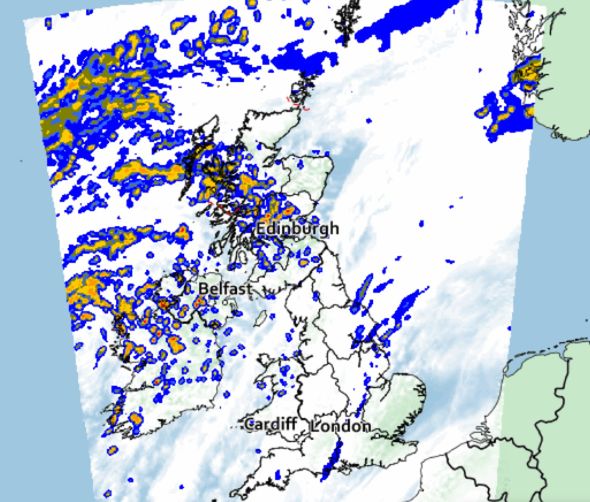 On Sunday, it will be mostly overcast and cloudy day with early rain across Wales, south-west and northern England which will then track eastwards during the day and will turn increasingly light and patchy before clearing during the afternoon.

Showers for northern and western areas but a few bright spells will develop with temperatures ranging from 19C (66.2F) in south-east England, 14C (57.2F) across most parts of northern England and 13C (55.4F) in the Central Belt of Scotland.