A brutal cold front is predicted to strike in early February, as northerly winds from the Arctic bring wintry conditions including snow. The bitter northerly air has prompted the Met Office to warn of “wintry hazards” hitting the UK next month. Scotland is bracing for a staggering 46 inches (119cm) of snow to accumulate by February 5, as WxCharts’ snow depth models turn orange in eastern regions.

The beginning of February is also expected to see heavy levels of snow in Scotland, with 31 inches (80cm) on Monday 1 and 38 inches (99cm) a few days later on Thursday 4.

Northwestern parts of England, including Cheshire, are also forecast to see four inches (12cm) of snow, the charts suggest.

Temperatures are also forecast to plummet as low as -12C in Scotland on Wednesday, February 3, with Carlisle and Scarborough at risk of -2C at the start of next month.

Stoke may also shiver at -4C on the same day, while London and the southeast is expecting lows of -1C. 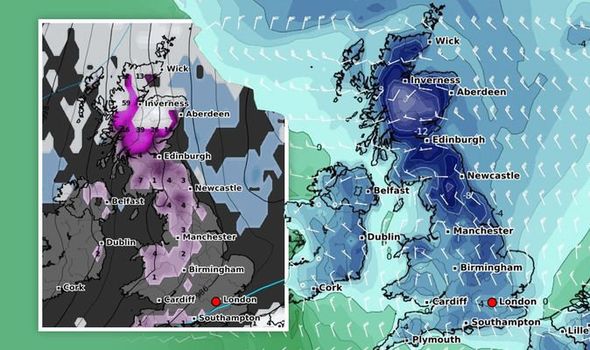 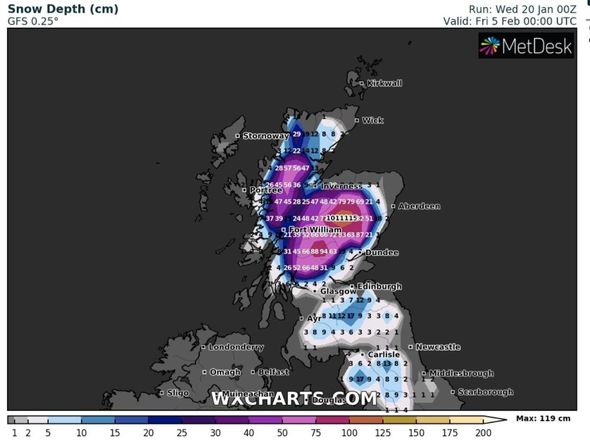 He said: “At the moment it looks like there is an increased chance of cold northerly or easterly winds during the first half of February.

“As weather fronts push in from the Atlantic and bump into the cold air over the UK there is the possibility of rain turning to sleet and snow.

“I would expect the greatest risk of heavy snow to be in the northern half of the country with milder conditions returning to southern counties at times.” 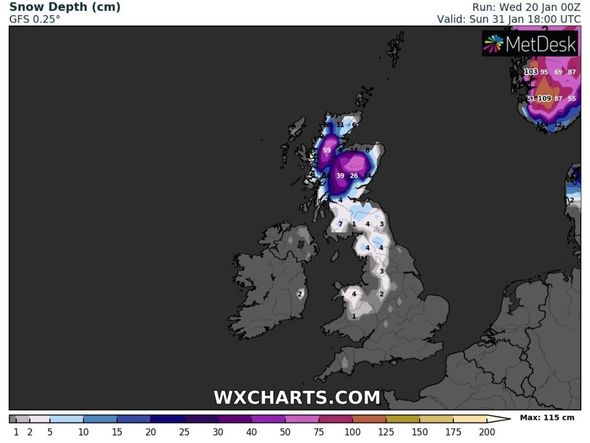 The Met Office also said between Monday, January 25 and Wednesday, February 3 there may be colder than average air sweeping in.

The forecast said: “At the start of this period it will remain unsettled with northwesterly winds probable, bringing frequent showers and outbreaks of rain, particularly to the north and west.

“This will likely fall as snow over high ground and may at times to lower levels too.

“Windy, especially in the north. Further, into this period unsettled conditions look most likely with low pressure dominant across the UK, bringing changeable weather with periods of rain, showers, and strong winds. 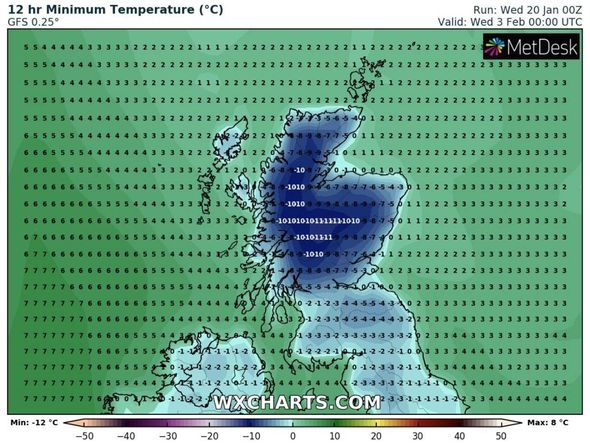 “Northerly winds are expected at times, increasing the risk of snowfall especially in the north but may also bring wintry hazards further south.

“In the south, milder interludes may occur bringing at or above-average temperatures.

“Overall temperatures are likely to be rather cold in the north but close to average in the south.”

Netweather’s long-range forecast between Monday, February 1 and Sunday, February 7, predicted cold air from the Arctic to move in.

The forecast said: “February often begins unsettled and this year should be no exception. 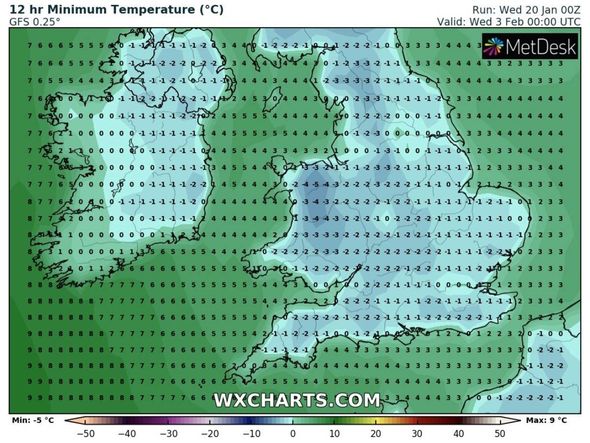 “Probably cold at first with frost and some snow especially in the north, but there is uncertainty as to how far.

“South much colder polar air will come in the wake of Atlantic depressions. With milder intervals as well, this period could produce some stark temperature variations.

“Windy for a time as well, but perhaps settling down later in the period as pressure begins to rise.”

BBC Weather’s forecast for the first two weeks of February added there is a “significant risk” of more cold weather striking over the coming weeks. 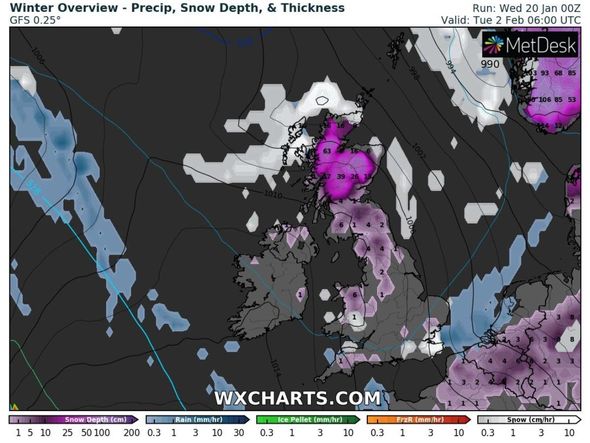 It said: “There are some signals that by mid-February it may tend to be milder most of the time.

“This will ease the risk for wintry weather (at least for everywhere but the Scottish Highlands!).

“However, there remains a significant risk that more prolonged cold could develop into mid-February, which would be caused by stronger high pressure to the north.

“Confidence is therefore very low at this range as computer model forecast skill as been very poor in recent days.

“There is a high risk for more prolonged cold to develop into mid-February, which would be caused by stronger high pressure to the north.”