High pressure shifting into Europe is predicted to send hot air towards the UK at the start of June. Brian Gaze, a forecaster a Weather Outlook, added temperatures could soar into the mid-twenties following weeks of downpours of rain in May. He shared maps showing temperatures reaching scorching highs of 25C in London on Tuesday, June 1, as shades of hot air appeared to sweep over Britain from a southerly direction.

Further north, Newcastle and Leeds could also bask in a sizzling 23C on the same day, while Nottingham, Derby and Sheffield see 24C.Essex,

Kent and Dover could also bake as highs of 23C arrive at the start of next month too.

Mr Gaze wrote on Twitter: “A very long way off, but GFS12z finally turns up the thermostat!”

He added in his summer forecast that temperatures could soon be “warmer than average”. 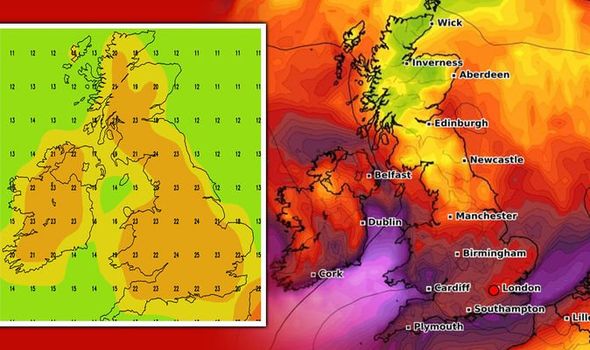 He said: “At this stage a warmer than average summer is still favoured, but due to cool conditions dominating in recent weeks the confidence in that outcome is lower than it was despite updates from the seasonal models.

“Uncertainty about rainfall levels is high, although the latest updates to the seasonal models have increased the probability of it being drier than the average.”

The BBC’s long-range forecast between Monday, May 31, and Sunday, June, 13, also said high pressure in Europe could help briefly send some warm air towards the UK.

However, cooler air could then be “quick to return” later in June. 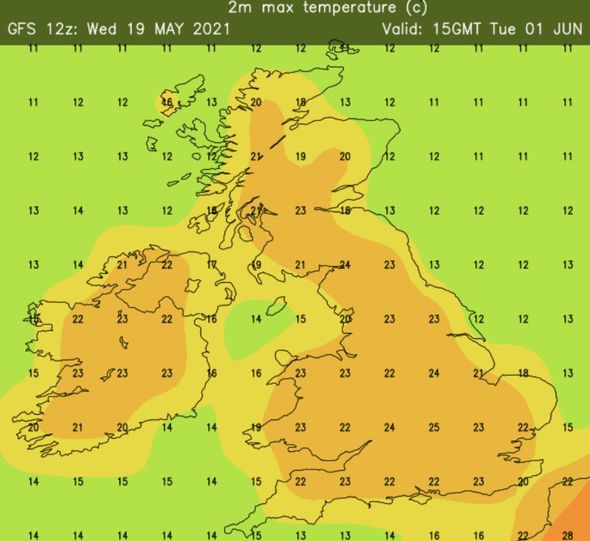 The forecast said: “We expect in the first week of June high pressure will shift more into eastern Europe, allowing low pressure to return from the north.

“There may be a brief warm-up as high pressure passes by, but cooler air will be quick to return as the low brings weak weather fronts in from the North Atlantic.

“The second week of June is still somewhat shrouded behind the fog of uncertainty.” 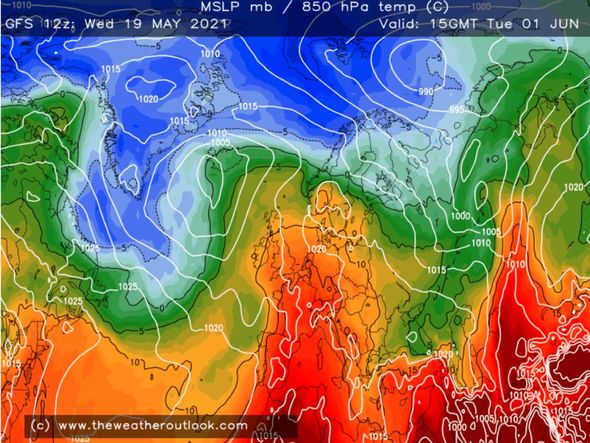 The forecast said: “Confidence is low for this period, which is usual during spring and early summer.

“Current expectations are that conditions will be predominantly dry, especially across the south and east.

“Less settled interludes are still possible, however, especially in the northwest.

“There are indications that temperatures will likely start recovering, moving more towards typical temperatures for this time of year. 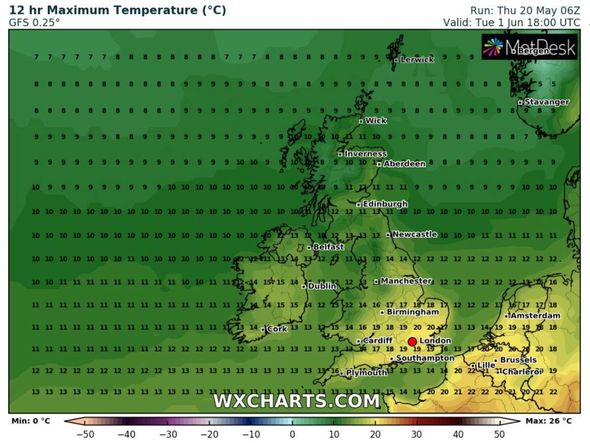 “Settled conditions are likely to keep nights cool, but produce some warmer days.”

Net Weather also forecast “very warm summery days” at the start of June, although they could be interrupted by spells of rain.

The long-range forecast between Saturday, May 29, and Friday, June 4, said: “Precise timing is difficult.”

But the Spring Bank Holiday could see a few very warm summery days. 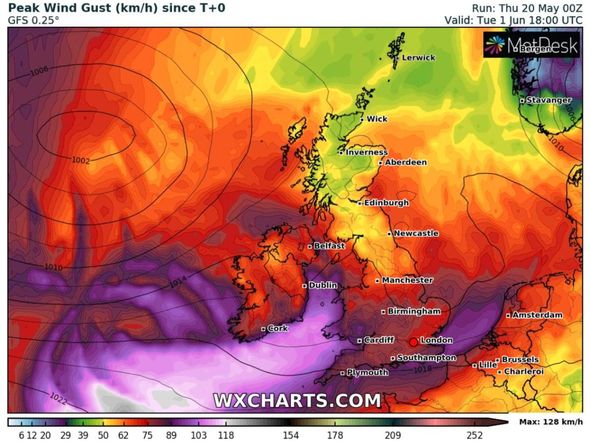 “But in a period probably of much variability, finer spells are likely to be punctuated by showers.