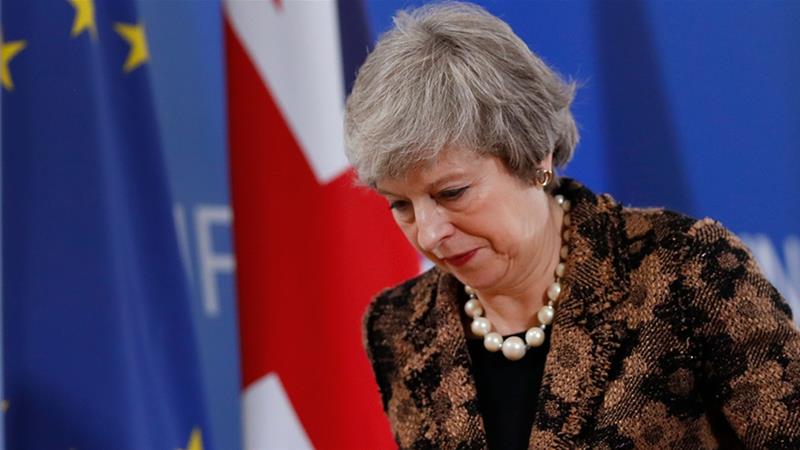 London, United Kingdom – With the clock counting down to Britain’s scheduled departure from the European Union, UK legislators have voted down embattled Prime Minister Theresa May’s Brexit deal for a second time this year.

A second so-called “meaningful vote” on Tuesday ended with another heavy defeat for the prime minister, with 391 MPs voting against and 242 supporting the deal.

The last time May put the agreement to parliament, in January, she suffered a major defeat as the deal agreed with the EU over 18 months of painstaking negotiations was defeated by a margin of 230.

Tuesday’s vote came just 24 hours after May made a last-minute dash to Strasbourg for a meeting with Jean-Claude Juncker, the president of the European Commission. Two documents were published as a result of the meeting, which May said would deliver the legally-binding changes to the withdrawal agreement MPs had asked for.

But it soon became clear that those changes would not be enough to win the vote.

“We recognise that the prime minister has made limited progress in her discussions with the European Union. However in our view, sufficient progress has not been achieved at this time,” said a spokesperson for the Democratic Unionist Party (DUP), May’s ally in Northern Ireland.

May had been tasked with securing changes to the so-called “backstop” protocol of the withdrawal agreement, which critics in the hardline wing of her ruling Conservative Party and the DUP say would trap the UK within the EU’s trade rules indefinitely, or see Northern Ireland being treated differently from the rest of the country.

They asked for either a time limit on the backstop or a unilateral exit clause for the UK.

The attorney general, Geoffrey Cox, published his legal opinion on the new documents saying that they did not fully eliminate the risk of the UK getting stuck in the backstop. When questioned by MPs on his statement, he did say, however, that the documents contain provisions to ensure a “significant reduction in that risk”.

May promised to hold two more votes in the coming days. The first, on Wednesday, will see MPs decide on whether to rule out a no-deal Brexit, 16 days before the UK’s scheduled departure from the bloc on March 29.

If legislators opt against departing without an agreement on future relations, the government will hold another vote the following day on whether to request an extension to Article 50 – the exit clause in the EU’s constitution – from Brussels in a bid to buy more time as it seeks to strike a different divorce deal.

Such an extension could be short- or long-term. The latter, however, would mean the UK taking part in the European Parliament elections on May 23 to 26, a scenario the prime minister wants to avoid.

A longer extension could also create the momentum for a second referendum campaign, particularly now that the main opposition Labour party supports it.

“I profoundly regret the decision this house has taken tonight,” May said in a speech after Tuesday’s vote, adding that extending a departure from the EU would not solve the UK’s current political impasse.

“The EU will want to know what the house wishes to do with an extension. Does it wish to revoke Article 50? Does it wish to hold a second referendum? Or does it want to leave with a deal but not this deal? These are unenviable choices, but thanks to the decision that the house has made this evening, they are choices that must now be faced.”

Jonathan Lis, from the NGO British Influence, said it was now time for May to compromise, “something she hasn’t done so far”.

“The first thing she needs to do is to reach out to people who aren’t in her own party. For the last two years, she’s only tried to appease the hard right of her party. So, now she needs to go to the Labour Party and ask them what possibly could deliver a majority in the House of Commons.

“That means a softer Brexit or a second referendum to decide whether we’re going to have Brexit after all,” Lis told Al Jazeera. “A general election has become much more likely now because Theresa May hates the idea of a second referendum. Jeremy Corbyn and the Labour Party hate it as well.”

Labour party leader Jeremy Corbyn said Tuesday’s result meant May’s plan for leaving the EU was “dead” and called on the government to adopt his proposals for an alternate departure from the bloc.

The EU has said no other terms of withdrawal are available to the UK other than the deal brokered with May during months of fractious back-and-forth negotiations.

A spokesperson for European Council President Donald Tusk said the second rejection of the agreed withdrawal plan “significantly increased” the risk of a “no-deal” divorce.

“Should there be a UK reasoned request for an extension, the EU27 will consider it and decide by unanimity,” the spokesperson added, citing the 27 members of the bloc minus the UK.

The EU’s Brexit negotiator Michel Barnier, meanwhile, said the bloc had done “everything it can to help get the Withdrawal Agreement over the line”.

“The impasse can only be solved in the UK. Our ‘no-deal’ preparations are now more important than ever before,” Barnier said in a tweet.

The EU would have to sign off any decision made this week at the next EU council summit on March 21-22. 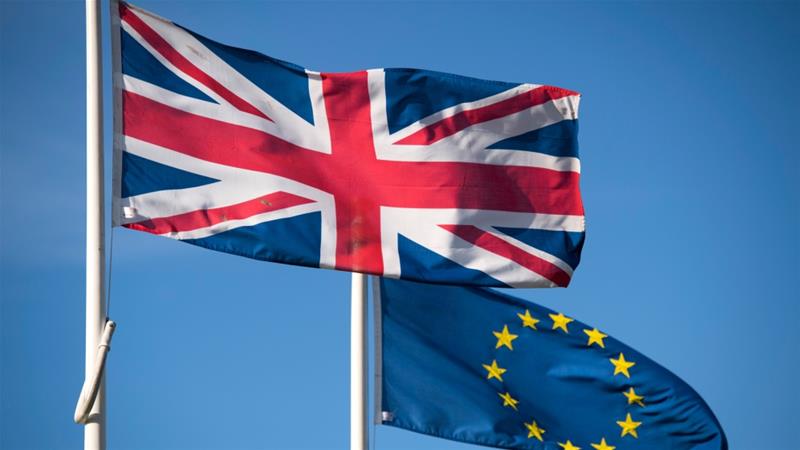 Was the Brexit vote free and fair?