The first week of March will be “dry and relatively calm”, forecasters have said, but more varied weather is expected to hit from March 7 onwards. According to the latest snow risk maps, snow could hit different parts of the UK every day between Sunday 7 March, and Thursday 11 March.

Snow could hit over Scotland, Northern Ireland and northern and eastern parts of England.

It could also extend further west, particularly over the Welsh mountains.

Snow risk maps from Netweather.tv show a 95-100 percent chance of snow over the Scottish Highlands on March 7.

Other parts of Scotland and Northern Ireland may also see significant snow, though the likelihood is reduced. 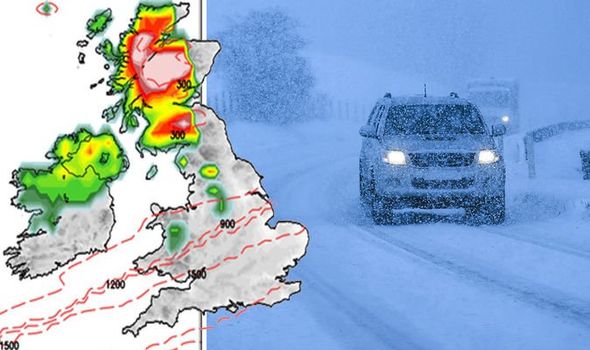 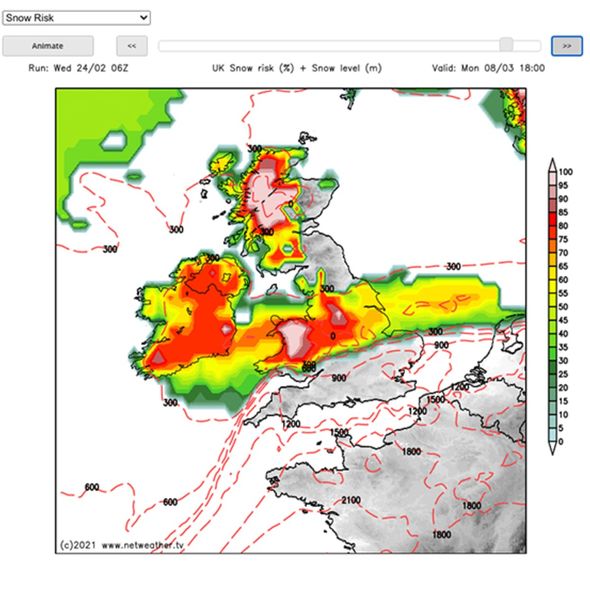 On March 8, the charts suggest snow will move west into Northern Ireland, Wales and central England, with another snow band hitting the Scottish Highlands.

Netweather.tv maps indicate a 95-100 percent chance of snow over northern Wales and higher areas in Scotland.

The following day snow is expected to deluge northern and central England, with Yorkshire and Lancashire likely to be hit.

Inclement weather will continue into March 10, according to the snow risk charts, with a 95-100 percent chance of snow over the Scottish Highlands. 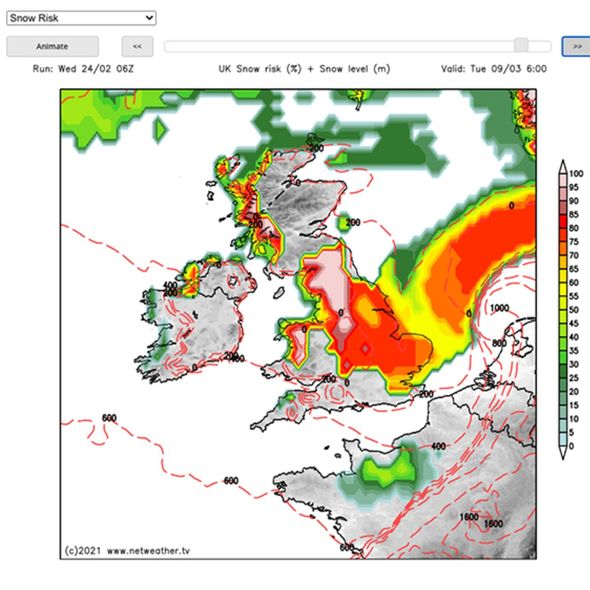 There is also a greater than 50 percent chance of snow for Northern Ireland, Wales and northern England.

The picture remains similar for March 11 with snowfall expected across much of Scotland and also possible for parts of Wales and northern England.

According to the BBC Weather’s long-range forecast, the first week of March should be relatively mild.

It predicts: “Dry and relatively calm weather will continue for a while. 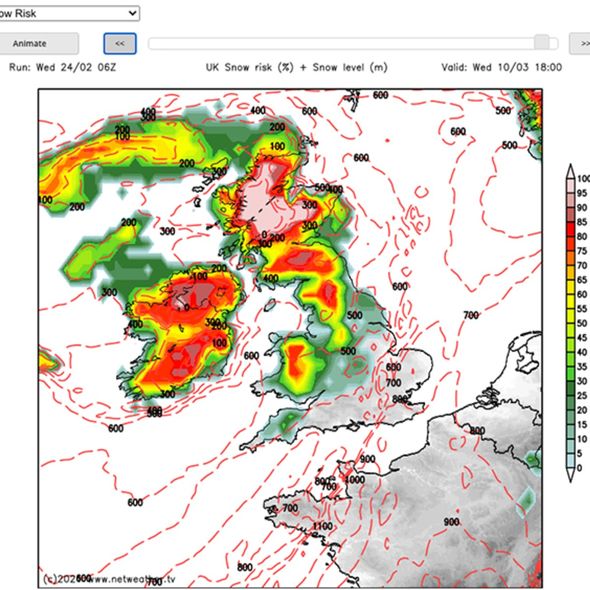 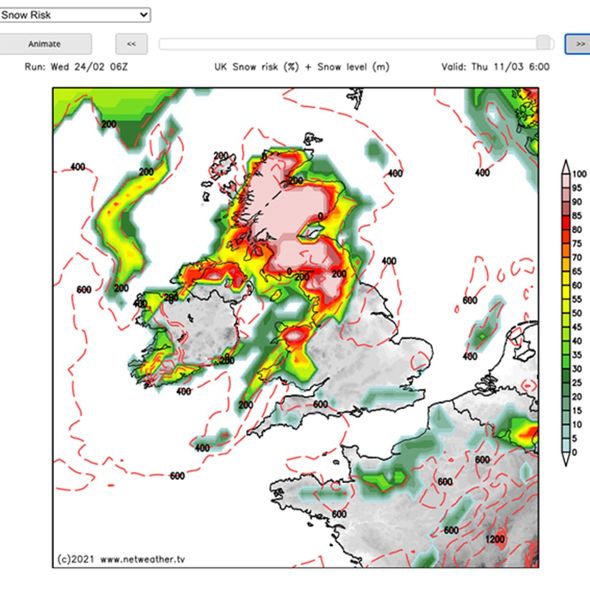 “Temperature will fall to near normal or slightly below by the end of the week.

However colder weather is expected to arrive towards the end of the week setting the stage for mid-month.

From March 8 onwards the weather will become less stable, with cold snaps interspersed with milder periods.

The BBC’s long-range forecast added: “Heading through mid-March and beyond, high pressure is expected to recede farther into the Atlantic.

“This would allow a trough of low pressure to develop over western and north-western Europe, leading to more unsettled and changeable conditions.

“Similarly, temperatures will likely be quite variable as well, but there will be plenty of mild spells as fronts arrive followed by colder snaps between fronts.

“This means we should have a gradual increase in unsettled weather and day-to-day variability in precipitation and temperatures.” 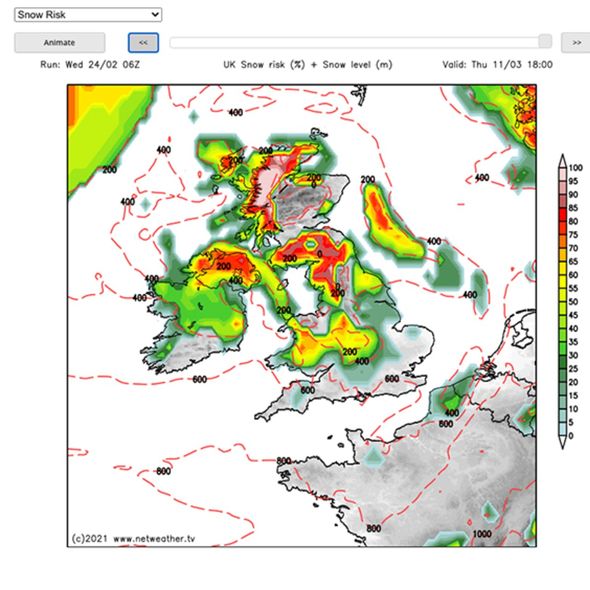 Whilst both mild and colder spells will hit the forecast expects the former to slightly outnumber the milder.

It notes temperatures will not be comparable with the ‘Beast from the East’ seen in 2018.

Later in March conditions will settle somewhat with “cool and dry conditions” likely.