Low pressure is preparing to sweep across the UK from the Atlantic, bringing wintry weather across many regions. Snow charts from WX Charts show 11 inches falling in Scotland by Friday, while Cumbria is expected to be hit by a couple of inches. There may also be scattered snow in northern Wales, Northern Ireland and Manchester.

Temperatures are also expected to fall as low as -5C in southern Scotland, while the northwest will be hit with lows of -1C.

They showed low pressure tracking southwards across the UK towards Europe, which they claimed brought an unexpected snow event.

Mr Partridge tweeted: “Looking at tonight’s 12z model runs I wonder if next week could see something similar to early March 1995 when southerly tracking lows brought a snow event at the end of an otherwise very mild and wet winter?” 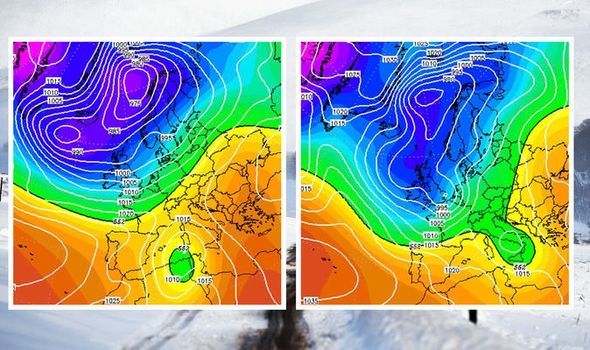 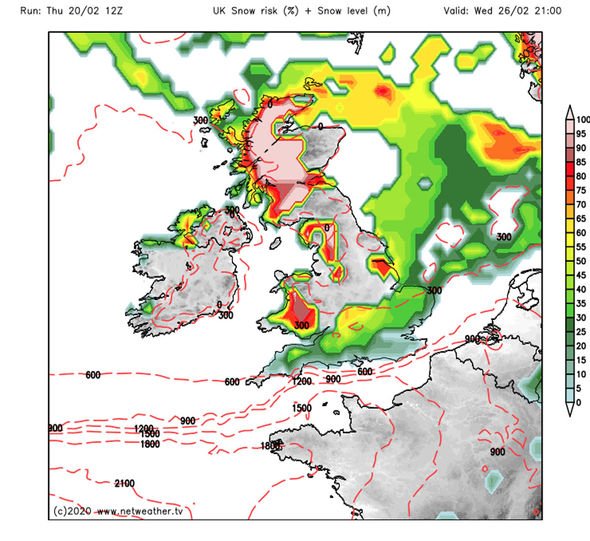 The Weather Outlook website also described this particular month as “the snowiest March of the 1990s” due to low pressure sweeping in.

The forecaster said: “Snow fell on a number of occasions and many places had at least one day of snow cover during the month.

“The month began with a cold westerly airstream and there were showers that turned increasingly to snow during the day so by the 2nd of March, most of the showers were of snow or hail.

“A low pressure approached from the west that evening and this tracked across Wales and central parts of England. 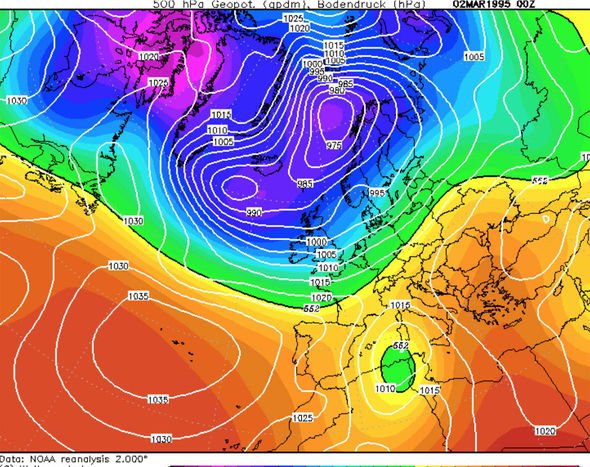 “Heavy snowfalls fell across many parts of the region with depths of snow of 15cm reported in a number of places.

“The following day, there was a gentle thaw in the sun whilst in the north and west of the UK, there were further snow showers.”

Net weather’s forecast for next week has said there will be “widespread laying snow”.

The forecast said: “Westerly winds will continue to dominate during this week, with belts of rain crossing the country from west to east at times, interspersed with brighter showery weather. 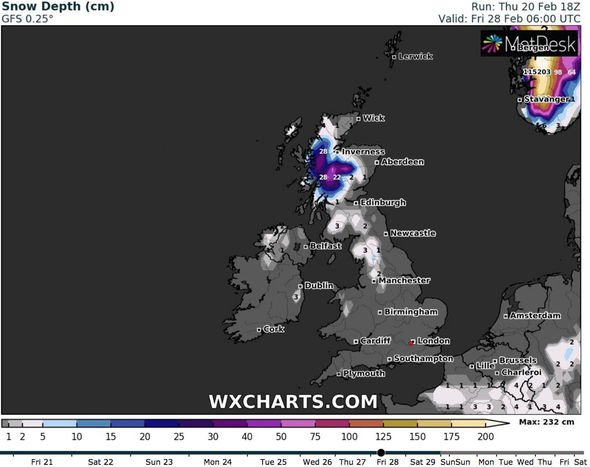 “It will mostly continue to be milder than average in the south, but one or two colder north-westerly incursions are expected, especially later in the week, with wintry showers potentially penetrating to low levels in the north and to higher levels in the south.

“Pressure is expected to be too low south of Greenland to allow any northerly or north-westerly incursions to sustain for more than two days, which means that widespread lying snow at low levels is unlikely.

“The frontal systems will bring with them mild tropical maritime air masses which will bring spells of above-average temperatures.”

Meanwhile, Net Weather forecaster Jo Farrow also warned cold air will sweep in from the Atlantic over the next couple of days. 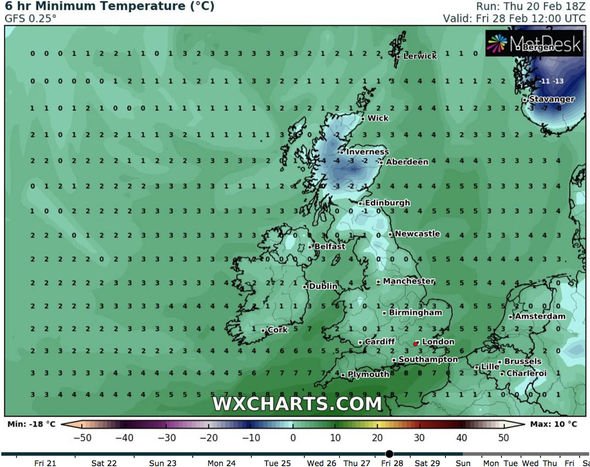 She said: “New yellow warnings are beginning to pop up in the wake of Storm Dennis.

“Overall the flow remains blustery from the west, with colder air curling round off the northern Atlantic.

“It doesn’t look as stormy but with the saturated ground, high river levels and existing flood problems any extra rainfall could cause issues.

“There will be strong winds as one low pressure deepens away to the NW between Iceland and NW Scotland later on Wednesday.

“The fronts from this will bring rain across the UK and then another low pressure looks to affect northern areas by Friday.”