UK snow radars are showing another cold snap is currently looming on the horizon, set to descend later this week. Charts and maps show a cacophony of conditions is swirling off the UK’s west coast and will bring a bitter chill by Thursday this week.

Weather forecasters with WXCharts, a mapping agency which uses data from MetDesk, found a concoction of conditions will descend on the UK by Thursday.

According to the mappers, snow, wind and minus temperatures will come just days after Storm Dennis has dissipated.

From 6pm on February 20, people in most parts of the UK could see the mercury plummet to -4C or lower, with minimum temperatures of -7.

The day after, another plume of wind will streak across the country. 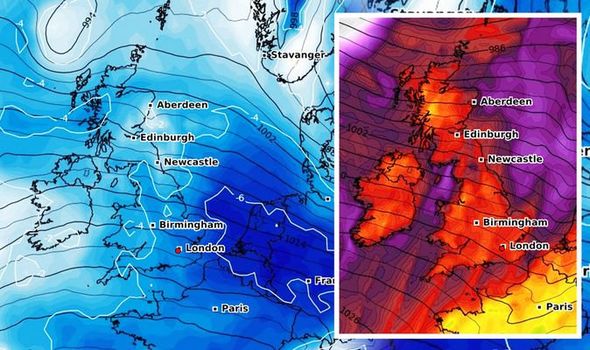 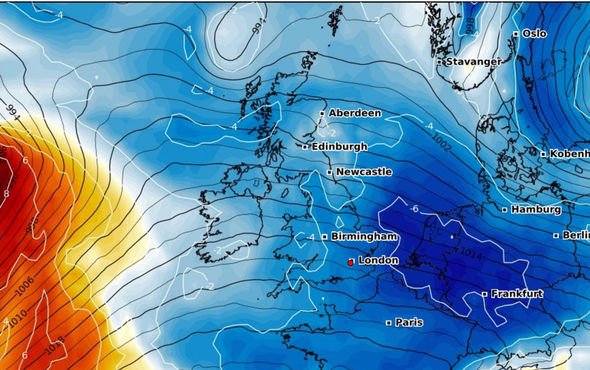 According to WXCharts, on Friday, February 21, wind gusts could exceed 89mph.

Wind maps from the agency show a threatening purple wave moving through the country from the west, with the worst winds confined to the north.

The south of the country won’t escape the bluster, however, as WXCharts shows possible wind speeds of 62mph and above.

With the bitter chill and heavy wind comes deep snow, once again confined to the north, with potential maximums of 5.9 to 7.8 inches (15-20cm) around Fort William and Loch Lomond. 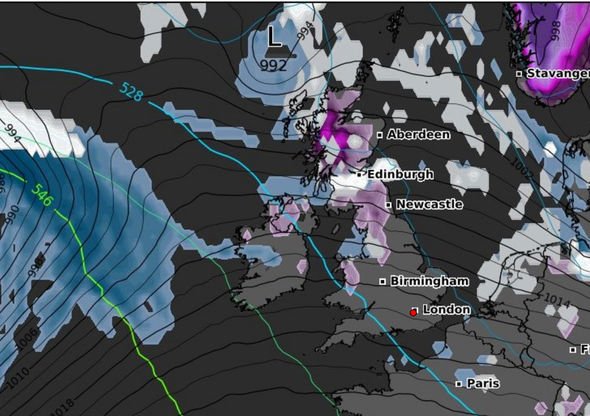 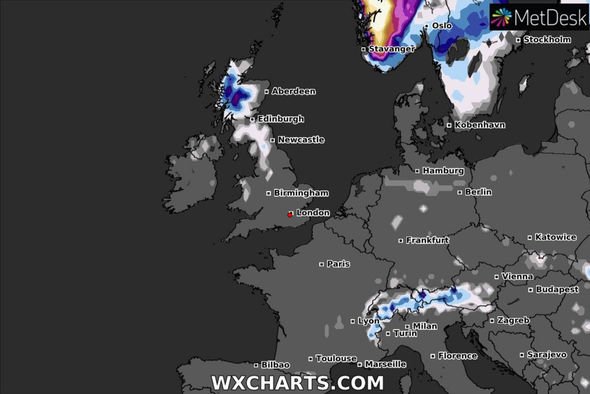 The forecasters showed snow depth would increase towards the end of the month, with possible maximums of 9.8 to 11.8 inches (25-30cm) possible by February 26.

Snow will fall across parts of the north today to a lesser degree, with two Met Office weather warnings in place following storm Dennis.

The agency has laid down two yellow weather warnings for snow and ice today, both covering Scotland.

The warnings – in place from 6pm today to 11am on Tuesday – show strong winds could bring up to 1.9 inches (5cm) of snow to the region. 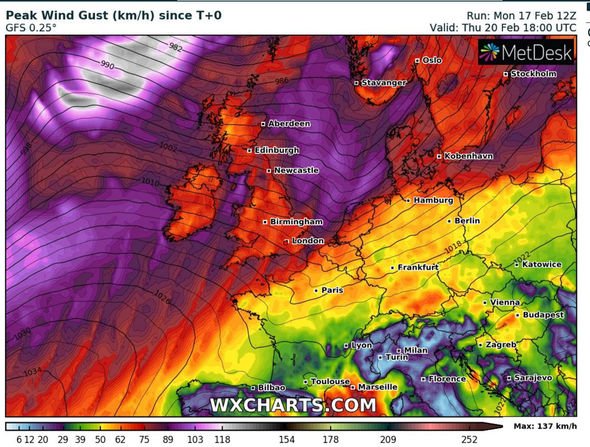 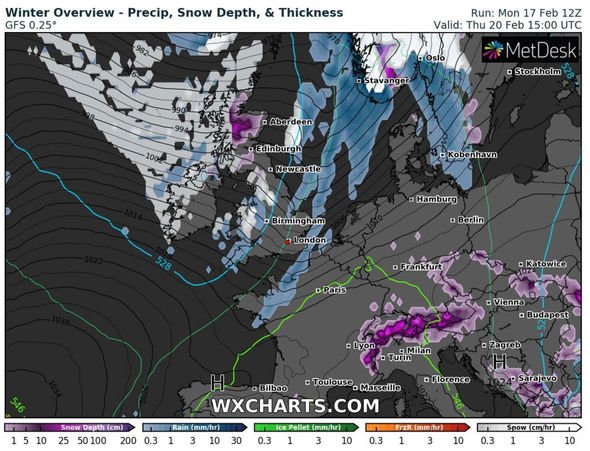 “Showers will be accompanied by strong westerly winds which may lead to some drifting.

Once the Met Office lifts its warnings for snow and ice, two new alerts for rain come into force for England from 6pm on February 19 to 3pm on February 20.

The agency shows two yellow warnings on the west coast of Wales, covering 18 areas in both the north and south of the region.

Rainfall could exceed up to 50 to 60mm in already drenched South Wales over 24 hours but nearly double in northwest Wales.

The area may see between 70 and 100mm as the country deals with the effects of extensive flooding.