The Met Office had warned about there being a danger to life and so far two people have died in Kent on Saturday.

In Wales, a red warning – the most severe possible – for rain was issued by the Met Office.

Severe flooding has occurred in several parts of South Wales on Sunday.

A large number of people had to be evacuated from towns and villages as a result of the flooding in Wales.

In Pontypridd residents have been warned the River Taff water level is already “very high” and by Sunday morning large parts of the town centre were completely underwater. 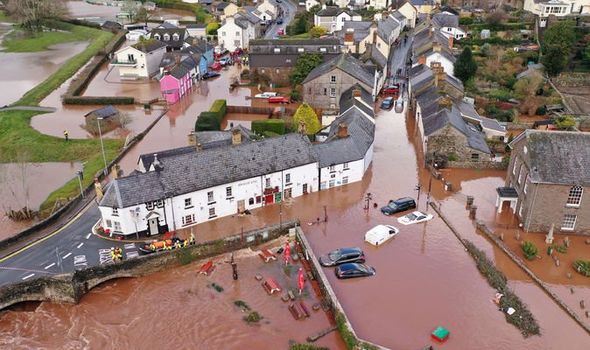 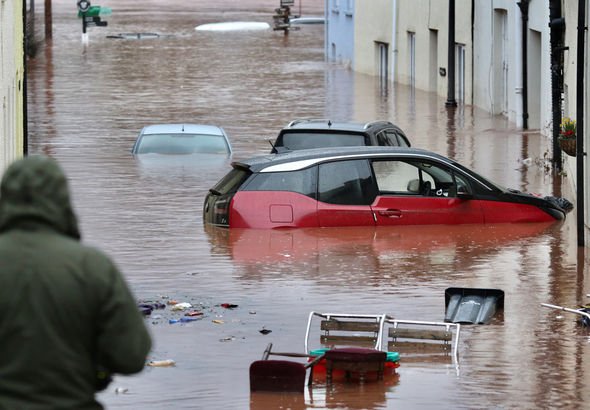 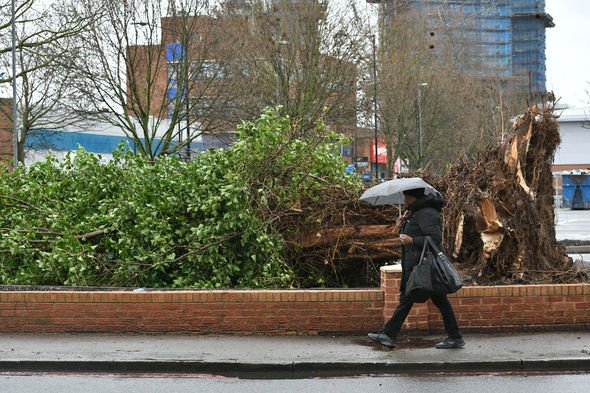 Debris from the swollen river was photographed accumulating on a bridge leading to Pontypridd.

Aerial pictures of Crickhowell showed most of the village underwater.

The River Taff also runs through Cardiff, where one photo showed river water overflowing in Bute Park, next to Cardiff Castle.

In Kent, two men died on Saturday where high winds caused large waves along the coast.

A 19-year-old man drowned in giant waves brought on by the intense storm near Herne Bay, Kent, just after 12pm. 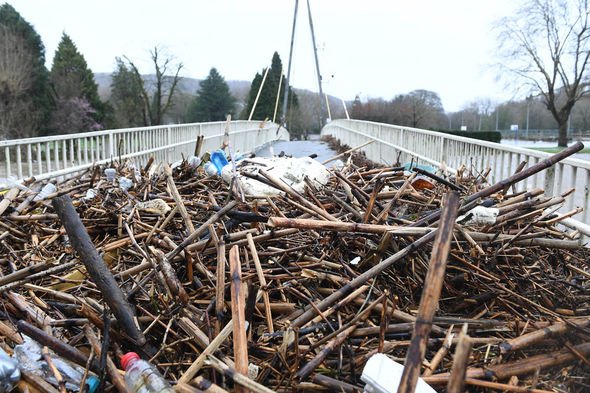 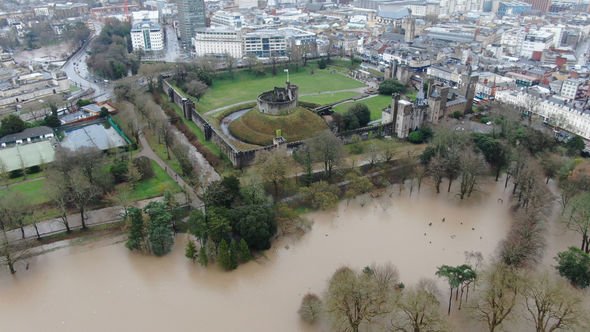 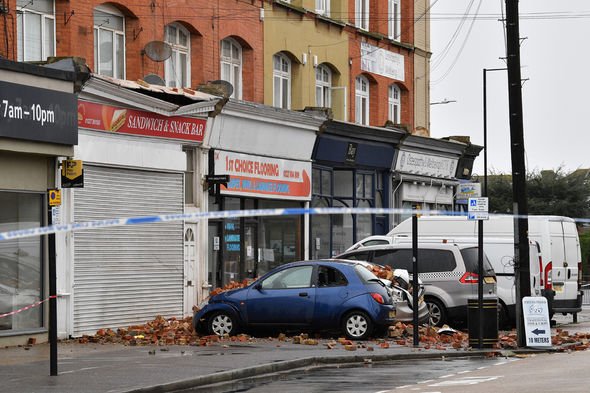 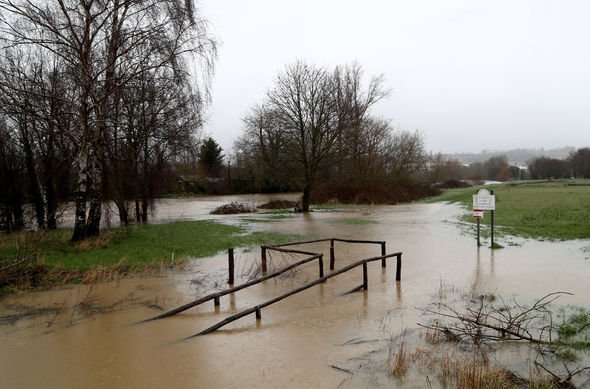 Bricks from a building in Herne Bay collapsed onto a parked car underneath.

The body of a man who fell overboard from a tanker in rough seas near Margate, Kent, was brought to shore by coastguards at about 1pm.

A spokesman for the Royal National Lifeboat Institution said: “At around 1pm, after many hours of searching, a body was sadly found in the water by the RNLI Margate lifeboat and has been brought to shore.” 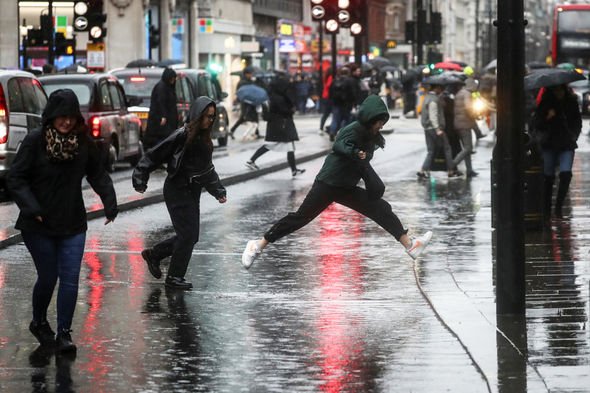 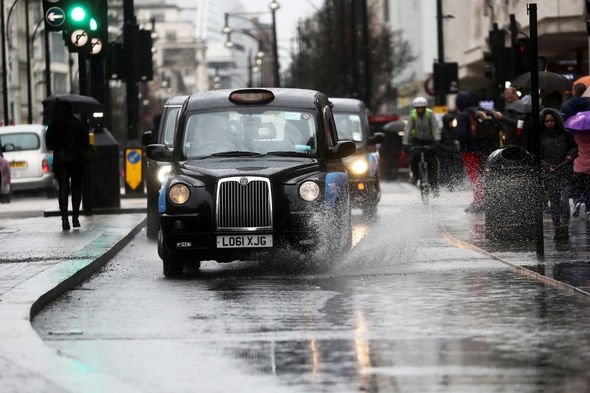 Heavy rain persisted overnight and early on Sunday but it’s expected to ease by this evening.

Parts of London saw large puddles form on pavements and in roads but there was no serious flooding reported.

Strong winds with gusts of up to 70mph were enough to uproot trees in the south of the capital.

Hundreds of flights from Heathrow were cancelled and videos emerged of planes wobbling as they attempted to land among the gales. 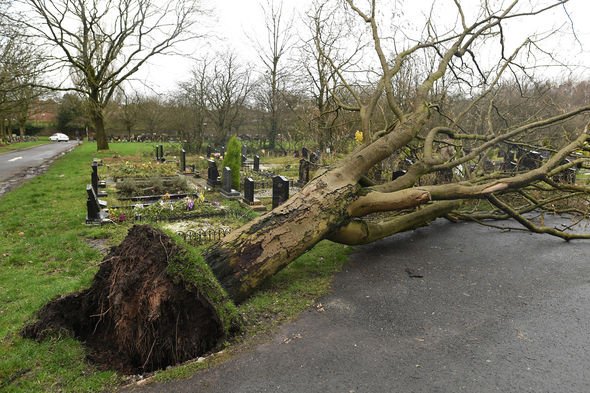 In Yorkshire, the River Ouse is predicted to rise to over five metres.

Parts of York were flooded as the river continues to swell.

In Oldham, 10 miles out of Manchester, trees were also pictured uprooted.

One of them fell in a cemetery, narrowly avoiding some of the gravestones. 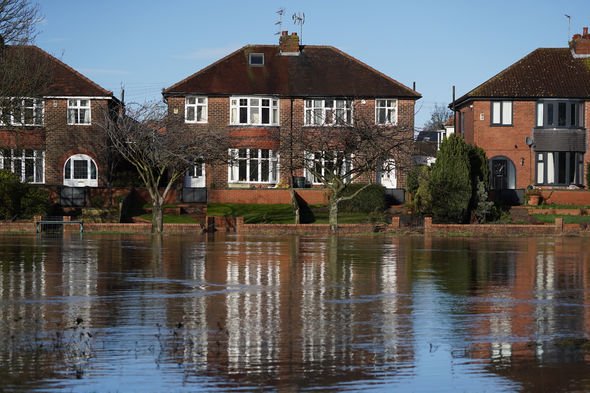