The Met Office has issued warnings for snow on Monday across much of the UK. Some areas could see up to eight inches of snow as a low-pressure system hits the UK.

Dan Suri is a chief forecaster at the Met Office: “This low-pressure system will bring a lot of moisture into contact with the relatively cold air across the northern half of the UK.

“This brings wintry conditions to an extending from East Yorkshire to North Lancashire across into Northern Ireland and northwards Scotland.

“For some, snowfall could coincide with the Monday rush hour, bringing additional complications.”

Snow warnings are in place across the North of England, Scotland and Northern Ireland. 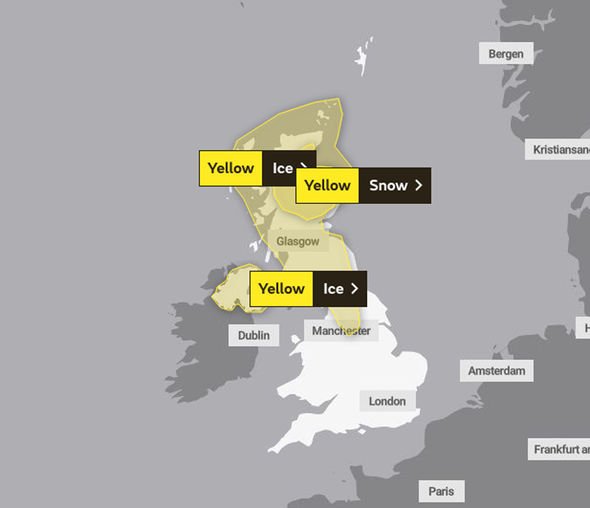 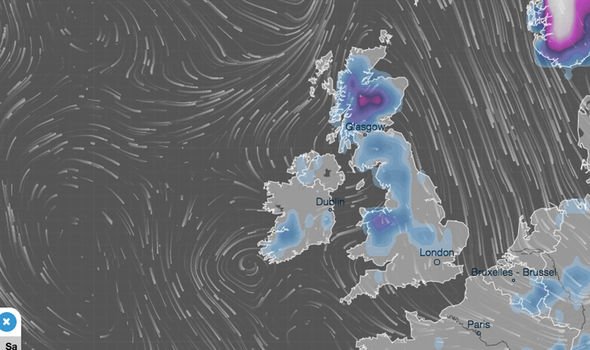 According to the Met Office, the bulk of snow accumulations in northern England are expected to take place at locations above 200 metres in elevation,

However, it is likely that some sites lower than this could witness transient flurries before these turn to rain.

The snowfall in Scotland is expected to be heavier with accumulations of to five centimetres above 100 to 200 metres.

Locations above 300 metres may see accumulations of four to eight inches, ​most likely north of the Central Belt.

Urban areas on the immediate east coast of northern England and eastern Scotland may miss the snow though.

One snow warning is in place on Monday from 6am until 9am and is for Central, Tayside & Fife, Grampian, Highlands & Eilean Siar, SW Scotland, Lothian Borders and Strathclyde.

Snow will perhaps even fall to low levels during the morning rush hour across and to the south of the Central Belt of Scotland, before spreading into the rest of the warning area.

Accumulations could reach up to eight inches in some places above 300 metres.

which comes into effect at midnight on Monday until 12pm the same day.

The forecasters warn sleet and snow will likely cause some travel disruption.

The warning states: “An area of rain moving into Northern Ireland during Sunday night turns to sleet and snow during the early hours of Monday before turning back to rain again from the south during the course of the morning. 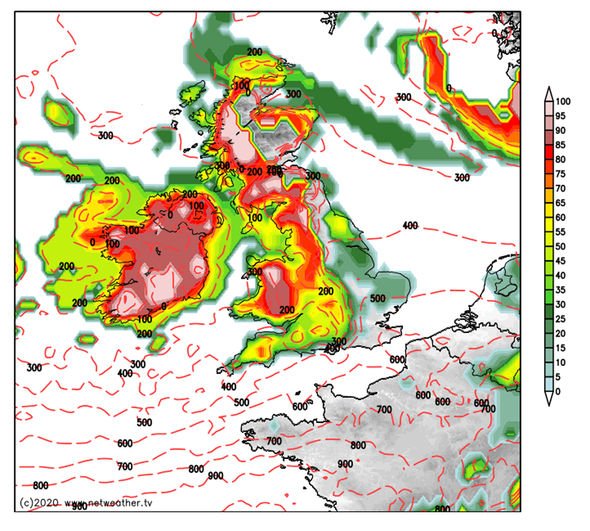 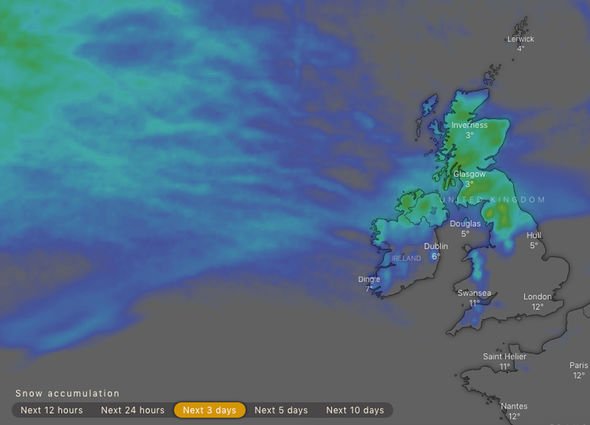 “At lower levels, snow cover will be patchier with small temporary accumulations and slushy deposits.

“During the afternoon, strong winds may then lead to some drifting of lying snow over hills and mountains.”

Another snow and rain warning comes into effect at 2am until 3pm and is for the East Midlands, North East England, North West England, SW Scotland, Lothian Borders, West Midlands and Yorkshire and Humber.

the Met Office warning: “A brief spell of freezing rain is possible as snow begins to turn to rain, leading to icy stretches.

“Meanwhile, given saturated ground and recent flooding, the combination of snowmelt and rain may also bring about some disruption, mainly over parts of northern England.”