Beaches and parks were packed in the last few days as Brits flocked to enjoy the sunshine. Families and beachgoers gathered in Lyme Regis, Dorset, Bournemouth, Margate, and Cornwall as the mercury hit 25C in parts of the country yesterday, July 18. But now, all that is about to change as temperatures plummet and heavy downpours are expected to strike some parts of Britain.

BBC weatherman Tomasz Shafernaker said: “It is going to turn wet in the south, so through the early hours of the morning we are expecting some rain in Cardiff, Southampton, London and Norwich.

“Mild here at 16 degree, the north of the country overnight with the clear skies will turn very chilled, temperatures can be five, six, and seven degrees.

“Sunday will be a very different day across Wales and the north of England.

“In fact, clear skies and beautiful weather for Liverpool, for Hull, and for Newcastle.” 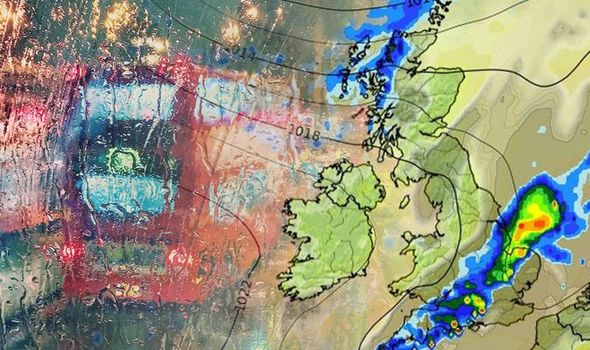 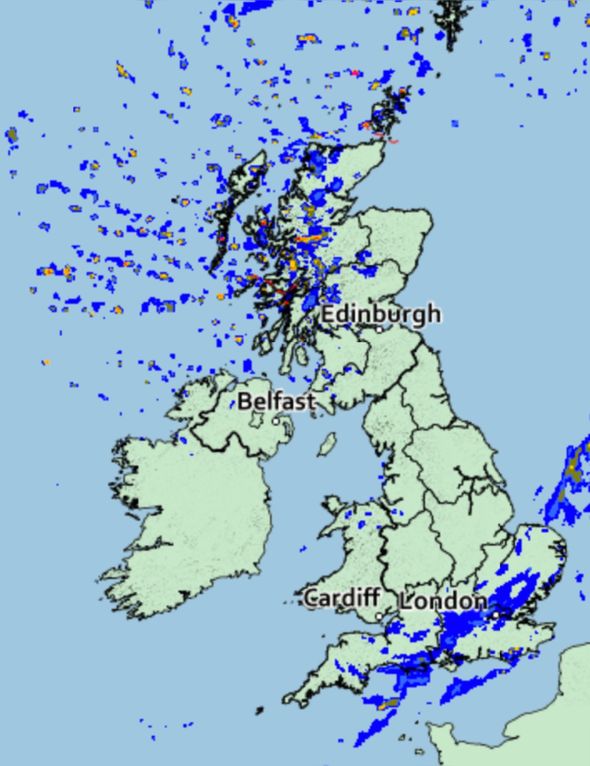 Mr Shafernaker added: “The south of the country will be cooler and cloudier, probably some spits and spots of rain still affecting the extreme south east.”

This week’s sunshine has been welcomed by Brits, after a grey and wet start to July.

This July had a lower-than-average amount of sunshine when compared to the same time last year.

Sunday night will see some patchy rain across parts of northern England and Scotland, which will spread across the south of England and Wales. 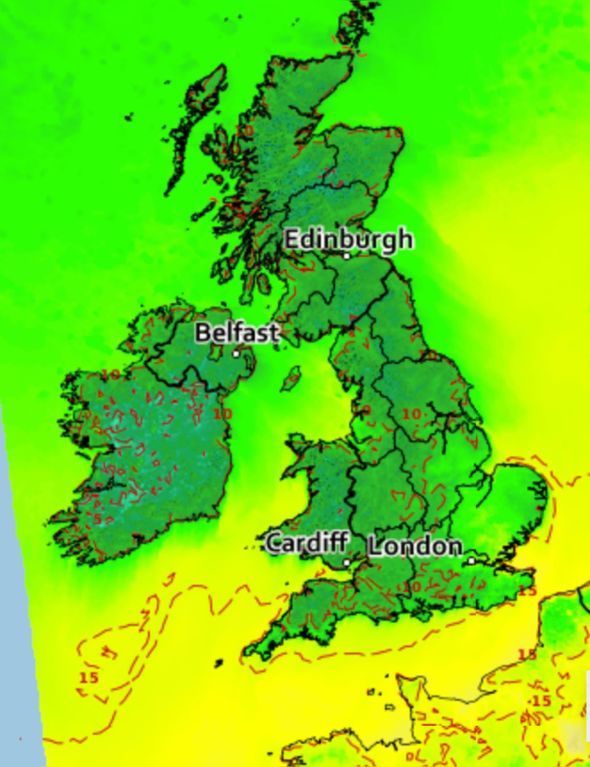 Mr Shafernaker said: “Beyond Sunday, we are expecting the high pressure to build off the Atlantic and that means that the weather will start to settle down, so that will mean a fine start to the week ahead.

“A really pleasant summer’s day to come for the start of the week.

“Temperatures will be around 22C in London, and a little bit fresher in the north at around 17C.” 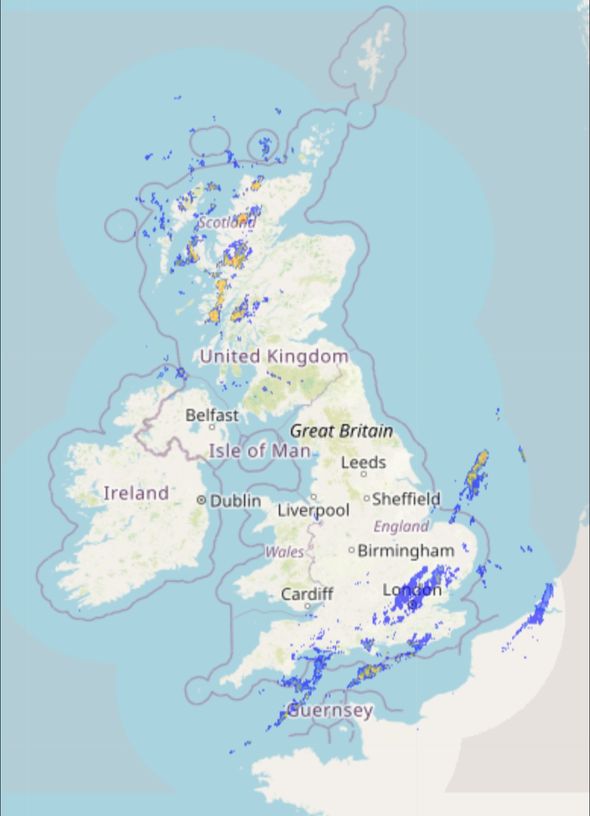 A swarm of flying ants was spotted on a weather radar recently, which caused massive interference to the system, causing the radar to show rain when it was not there.

A group of ants spanning a staggering 164ft (50m) wide was seen in Kent and Sussex.

The Met Office tweeted a video of the swarm and explained: “It’s not raining in London, Kent or Sussex, but our radar says otherwise.

“The radar is actually picking up a swarm of flying ants across the southeast. During the summer, ants can take to the skies in a mass emergence usually on warm, humid, and windless days.”

A spokesman for the Met Office said there were probably “thousands” of ants within the swarm, saying: “It’s not unusual for larger swarms to be picked up.

“A similar thing happened almost exactly a year ago on flying ant day.

“On days like today, when it is sunny, the radar detects the swarm but we are able to see they are not the same shape as water droplets, and in fact look more insect-like.”

Flying ant day occurs when males and new queens leave the nest to mate, with sometimes hundreds of colonies doing so on the same day.