The UK has been hit by two named storms in quick succession over the last few weeks, Storm Ciara and most recently Storm Dennis. Parts of the UK remain under severe ‘danger to life’ flood warnings following Dennis’ arrival last weekend, with many communities facing devastating flooding damage. The Met Office has issued a plethora of weather warnings this weekend, and into next week. 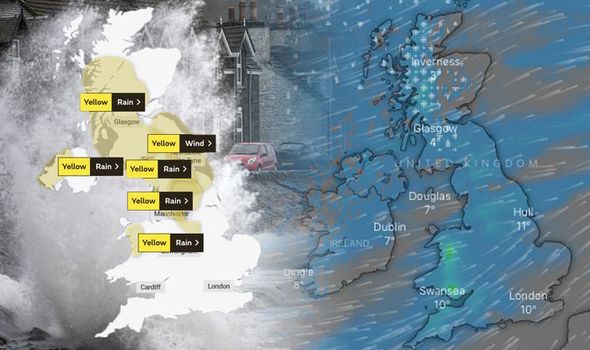 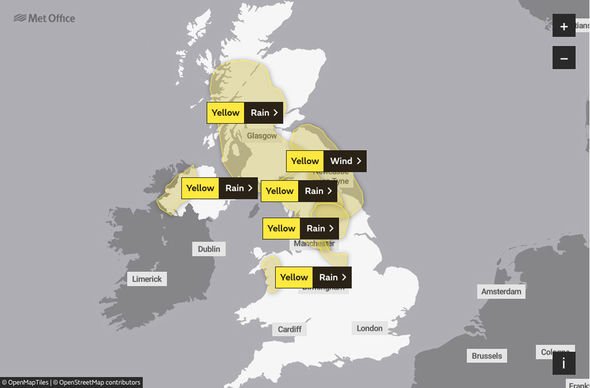 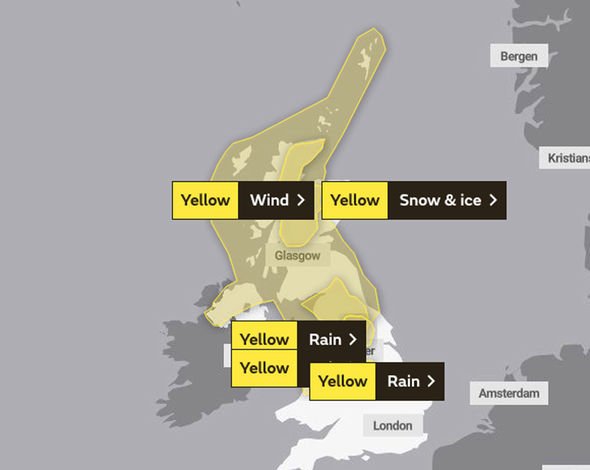 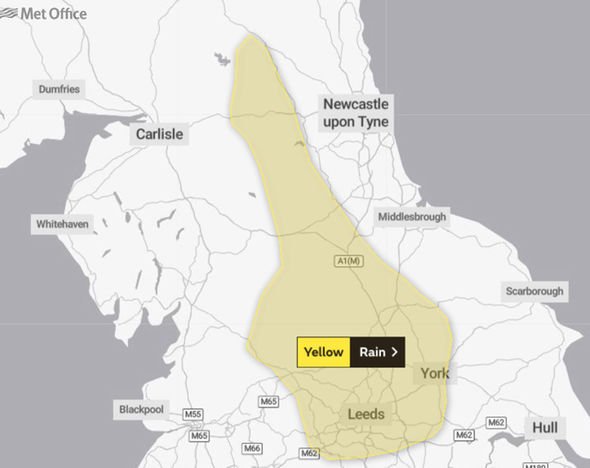 9.15am update: Where are the Met Office weather warnings?

On Friday (February 21) a yellow rain warning is in place across much of Northern Ireland from 6am to 9pm, stretching from near Coleraine to Manorhamilton.

Between 6am and 9pm, a swathe of southern, western and central Scotland is also under a yellow rain warning.

From 8am to 8pm, parts of northeast England are under a yellow wind warning.

A yellow rain warning also covers a portion of northern England between 12pm on Friday until 6am on Saturday, affecting the cities of Leeds, Wakefield and York.

On Saturday a yellow wind warning is in place from 6am until 10pm, covering all of Scotland and Northern Ireland, and parts of northern England.

No weather warnings have currently been issued by the Met Office for Sunday.

But a yellow rain warning covering parts of the north, including Leeds and York, is in place on Monday from midnight until 3pm.

In their latest update, the Met Office are forecasting “unsettled” weather patterns to continue over the coming days.

Dan Suri, chief forecaster at the Met Office, said: “With further rain in the forecast over the coming days and the potential for another deep low-pressure system early next week, additional rainfall could create further challenges as river catchments are more likely to respond to extra rainfall more quickly.

Deputy Chief Meteorologist at the Met Office, Chris Bulmer, said: “We’re keeping a close eye on the potential for a deep low pressure to track close to the UK early next week, which could bring a spell of wet and windy weather, with hill snow to northern parts of the UK.”