The Met Office has issued yellow warnings for snow and ice across many parts of Scotland over the next couple of days. The forecaster has warned of travel chaos as slippery ice will cause adverse conditions on the roads and rails. The warnings come into effect from 3am on Saturday to 9pm on Sunday evening.

The Met Office said: “Some roads and railways likely to be affected with longer journey times by road, bus and train services.

“Some injuries from slips and falls on icy surfaces.

“Probably some icy patches on some untreated roads, pavements and cycle paths.”

Snow charts by WX Charts also show up to five inches of snow falling in northern Scotland by Sunday evening. 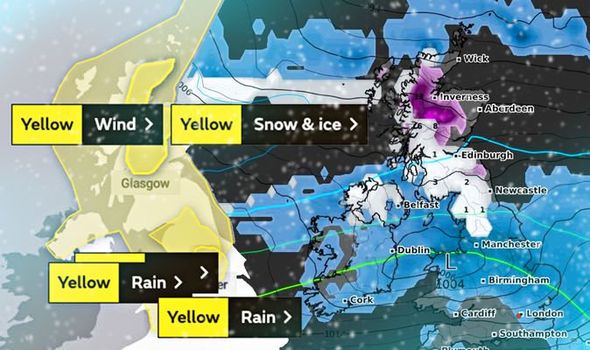 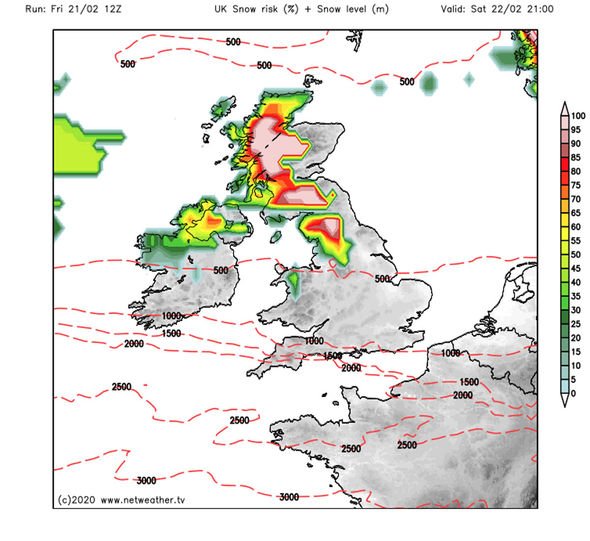 Parts of England will also be hit with a blanket of of a couple of inches of snow over the weekend.

Areas affected include Cumbria, Liverpool and even parts of Manchester.

Temperatures will also drop to -1C in north western areas of England on Sunday.

But it ill be even colder in Scotland, which will see lows of -2C in many northern regions. 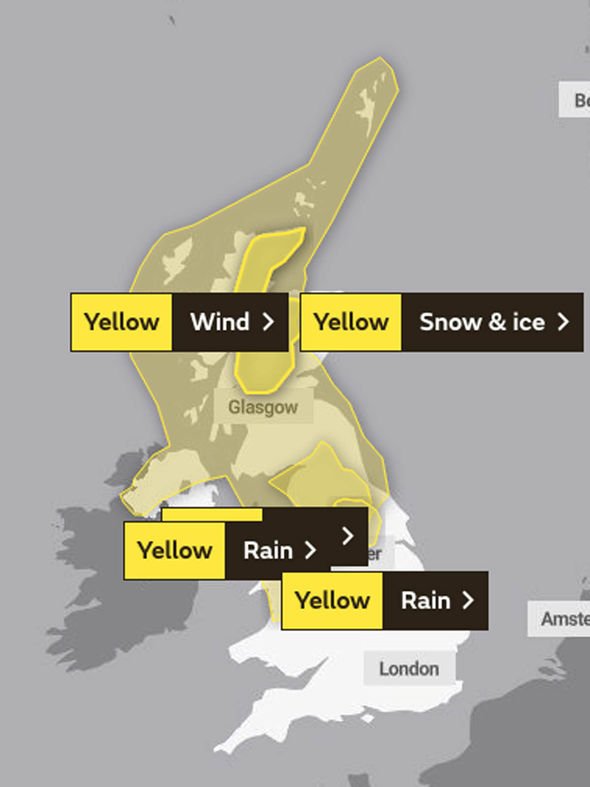 Forecaster Meteogroup has warned of wintry weather and severe gales in northern areas this weekend.

The forecaster said: “On Saturday, early outbreaks of light rain and drizzle across southern England will soon clear.

“Elsewhere will have a mixture of sunny spells and scattered showers largely in the north and west and may be wintry with hail possible.

“Strong westerly winds but with gales and severe gales possible in the north. 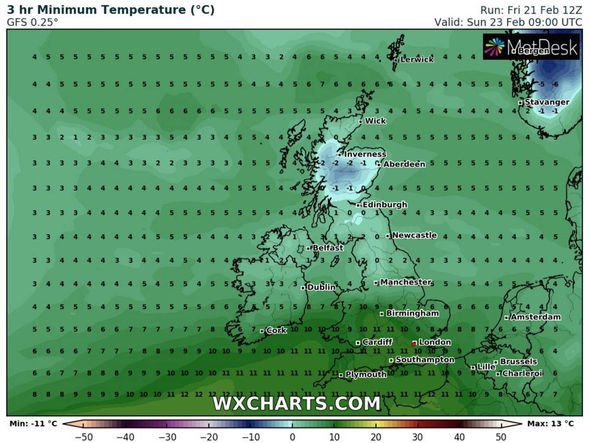 “On Saturday night, showers will continue for northern and western areas to start.

“Overnight outbreaks of rain and drizzle will spread in from the west across Wales and much of England, locally heavy at times.

“Sunday will see early outbreaks of rain and drizzle across Wales and much of England but it will clear southwards tomorrow to leave it largely dry with sunny spells developing but there is a risk of a few isolated showers in the north.

“Monday will see further outbreaks of rain and drizzle spreading in from the west.” 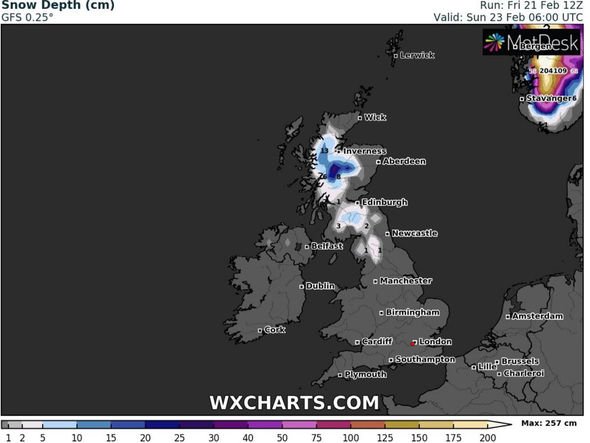 This comes as heavy rain over the weekend could also bring further flooding misery, the Environment Agency (EA) has warned.

Almost continuous wet weather for the past fortnight has seen England receive 141 percent of its average February rainfall so far, the agency said as it warned the deluges are set to continue into next week.

It said that spells of heavy rain over the weekend could lead to further flooding in parts of the North and the Midlands.

And a spokesman said that “ongoing river flooding remains probable for the River Severn on Monday and Tuesday”. 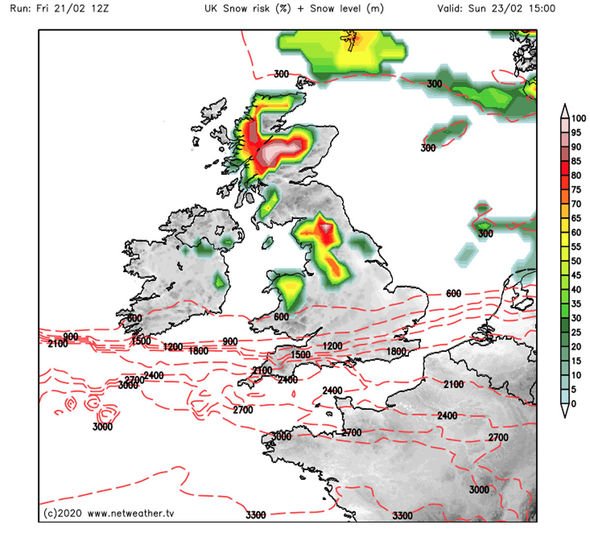 The warnings were issued on Friday as large areas of South Wales and the Midlands continue to battle extensive flooding and massive clear-up operations have started where water levels have fallen.

Caroline Douglass, director of incident management at the EA, said: “Flooding has a long lasting and devastating impact on people’s lives, and our thoughts remain with all those who have been flooded and continue to feel the impacts of the persistent wet weather.

“Further spells of rain in northern England from today (Friday) and into the weekend, which are also expected into next week, could cause further flooding, particularly across the Pennines and parts of northern England, York and the Midlands.