Spring may have arrived this weekend, but most of the UK will still be recovering from Storm Jorge’s destruction as they wake up for work on Monday morning. The Met Office has issued yellow warnings for ice for the majority of the UK, meaning drivers are being advised to be careful on the roads. The warnings will last until 10am this morning and will affect areas including Glasgow, Manchester and Cumbria.

Met Office Deputy Chief Meteorologist, Dan Harris, said: “As Storm Jorge begins to weaken and slowly clear over the weekend we’ll see a trend back to slightly colder conditions, with some potentially disruptive snow over hills and mountains of Scotland and less severe wintry conditions over other hills in the north of the UK.

“A mixture of rain and hail showers looks likely elsewhere.

“Away from much of Scotland it’ll remain blustery on Sunday, although not quite as windy as Saturday.

“The weather looks likely to remain rather cold and showery into next week and there’s a chance of further wet and windy weather around the middle of the week, although confidence in details is very low at this stage.” 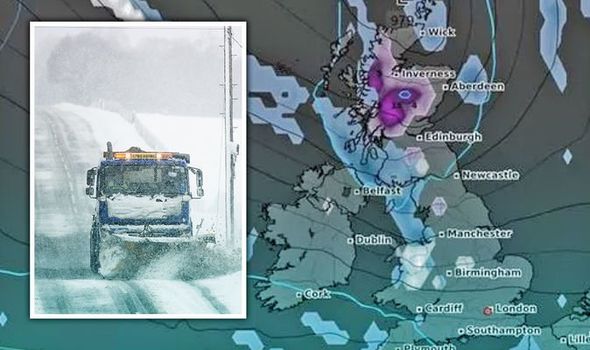 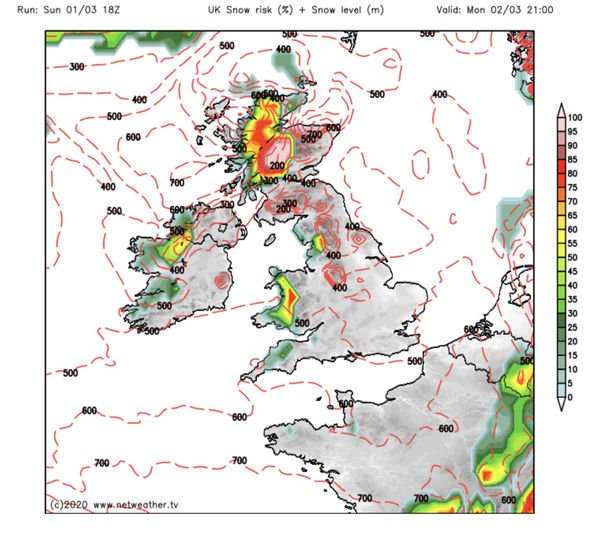 The Met Office added there will be wintry downpours today.

It said on its website: “Rain in the southeast clearing then another day of sunshine and showers for many, these wintry over higher ground in the west.

Scotland will see a blanket of four inches of snow laying on higher ground today. 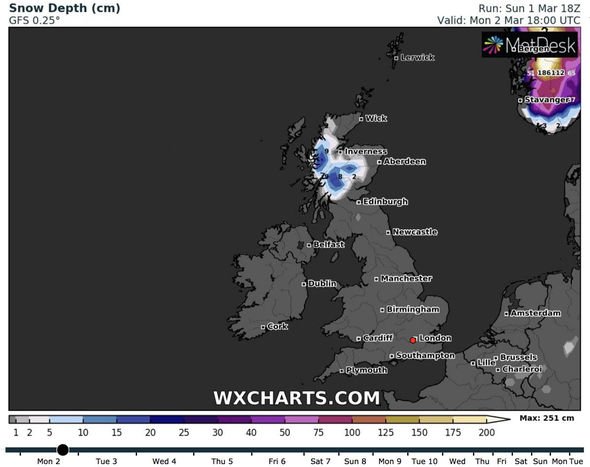 The snow will settle due to a freezing wind chill of -4C sweeping over the UK.

And temperatures will plummet to -2C in southern parts of Scotland on Monday.

Further down the UK in Liverpool, there will be lows of -1C.

And most of the north will see temperatures linger at 0C. 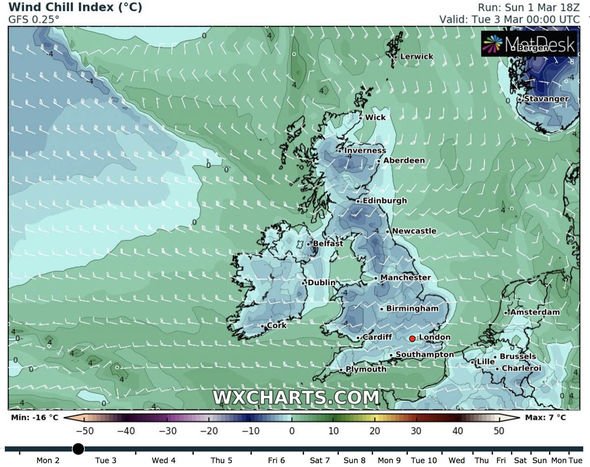 Net Weather forecaster Paul Michaelwaite said: “The low that was named as Storm Jorge still just to the North of Scotland, so the start of Spring isn’t going to be all sunshine and daffodils, there will be some sunny spells, but also some heavy and wintry showers along with still blustery winds.

“The upcoming week will continue to be mostly low pressure-driven, with more showers or longer spells of rain coming through at times.

“But, it’s not going to be quite as frenetic as it’s been of late, so between any wetter, windier spells, there should be more in the way of quieter, drier and sunnier slots.”

He added severe gales will linger throughout the day.

He said: “Today, we have some persistent rain, sleet and snow affecting central and western Scotland this morning which will drift slowly north through the day, becoming more showery as it does so. 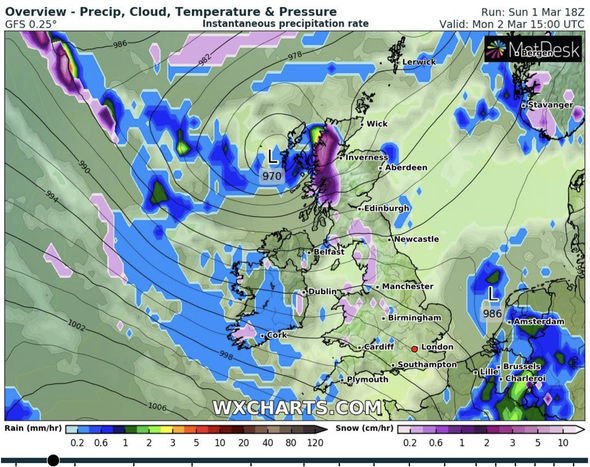 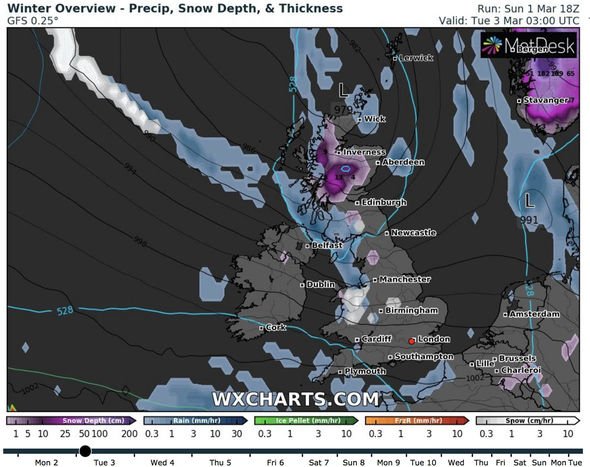 “Elsewhere, there’s a lot of sunshine around, but showers will become more widespread through the day, falling as rain, hail, sleet or snow – with the snow confined to the higher ground.

“It’s windy too, particularly across Northern England and Scotland where severe gales are likely in exposed spots.

“The strongest winds will slowly ease into this afternoon and evening though.” 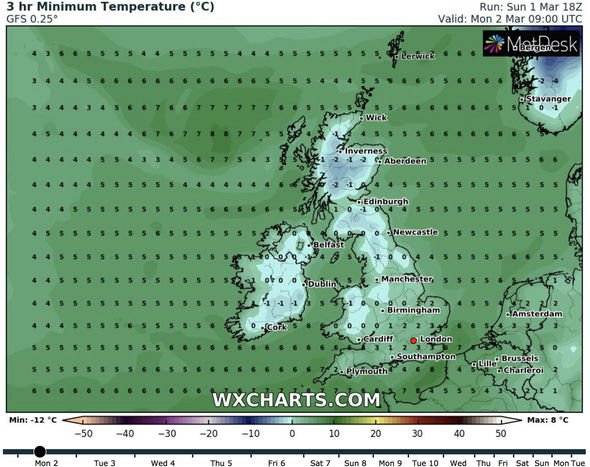 Thousands of homes and businesses were flooded as areas were deluged by more than a month’s worth of rainfall in just 24 hours, while some 127,000 properties were protected by flood defences this winter, authorities said.

Some 15 rivers in the Midlands, Yorkshire and Lancashire recorded their highest levels on record and the Environment Agency warned the country needs to brace itself for “more frequent periods of extreme weather like this” because of climate change.

The downpours, which started with Storm Ciara and continued with Storm Dennis and then Storm Jorge, contributed to record river levels which saw hundreds of emergency staff working on flood defences and pumps, clearing debris and repairing damaged defences across the country.

The Government has said it is investing £2.6 billion in flood defences by 2021.