CHASIV YAR, Ukraine (Reuters) – Ukraine expects to exchange around 100 prisoners on each side with Russian-backed separatists within weeks, President Volodymyr Zelenskiy’s chief of staff told Reuters on Thursday on a visit to eastern Ukraine. 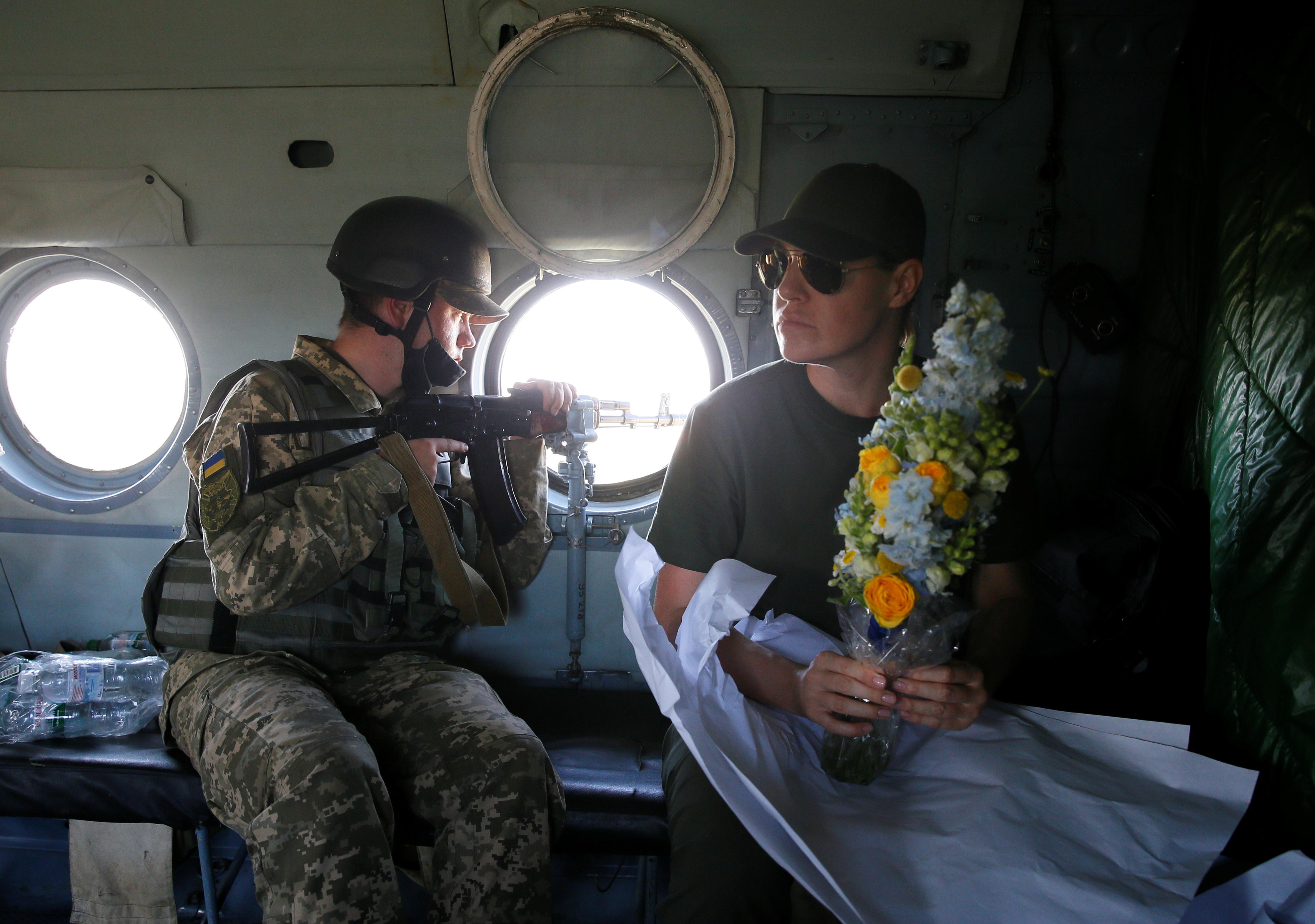 Ukraine has pushed prisoner exchanges in a series of confidence-building measures to break the deadlock over a conflict in the eastern Donbass region that has killed more than 13,000 people since 2014.

The swap would be second this year and the fourth since Zelenskiy became president in 2019.

Andriy Yermak, the head of the president’s office and a key Ukrainian negotiator, told Reuters that Kyiv had submitted a list of about 100 people to mediators at the Organisation for Security and Cooperation in Europe (OSCE).

He said the separatists submitted around the same number. While there was no date for the exchange, he said “I hope that it will be soon. I think it’s within weeks.”

Relations between Ukraine and Russia collapsed after Moscow’s annexation of the Crimea peninsula in 2014 and support for fighters in the Donbass.

The latest attempt to get the ceasefire to stick in July broke down within hours.

But on Thursday, OSCE monitors recorded no ceasefire violations within a daily reporting period for the first time since they began systematically collecting such data, an OSCE statement said.

Yermak was accompanying Zelenskiy on a visit to the frontline where he met soldiers and civilians in the area.

He also said Ukraine and the separatists would agree at least three new areas of troop disengagement in selected hotspots – another confidence-building measure pushed under Zelenskiy’s presidency.

“Today we are very close to agreeing on three and maybe five new sections,” he said.

“It was agreed that a list would be provided, it has already been handed over – these are mainly Crimean Tatars who are illegally detained in Crimea. We are waiting for an answer,” he said.