UN chief Guterres asks the two sides to come to a deal to protect the Palestinians after Israel suspends the TIPH. 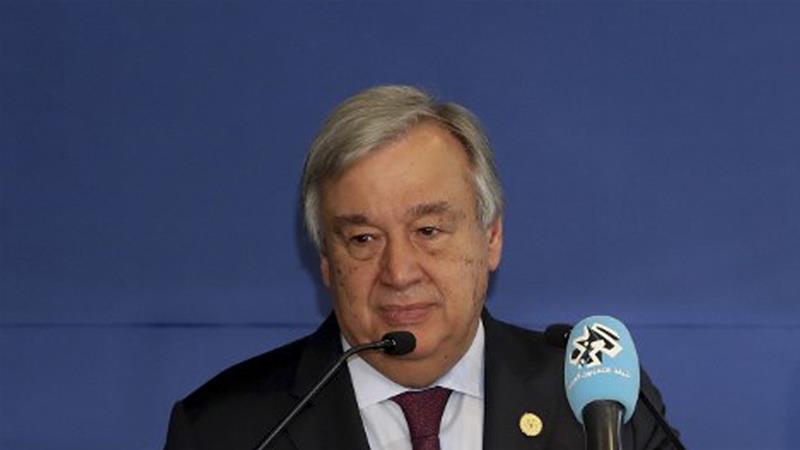 The United Nations Secretary-General Antonio Guterres hopes an agreement can be reached to protect Palestinians in the occupied West Bank after Israel said it would suspend the mandate of an international observation mission.

UN spokesperson Stephane Dujarric on Saturday said Guterres was “grateful” to the five countries that contributed to conflict prevention and the protection of Palestinians under the Temporary International Presence in Hebron (TIPH) for the past 22 years, namely Switzerland, Sweden, Norway, Italy and Turkey.

Israeli Prime Minister Benjamin Netanyahu said on Monday that he was taking the decision as a result of the TIPH’s alleged bias.

The Palestinian officials labelled the move a “green light” for Israeli settlers in the city to carry out abuses.

“I think nations should stand tall against this,” PLO Secretary-General Saeb Erekat said on Wednesday.

On Friday, the five TIPH countries condemned in a joint statement the Israeli government’s unilateral decision not to extend the observer force’s mission in the flashpoint city.

The Norway-led team is comprised of 64 observers tasked with promoting security for Palestinians in Hebron, the largest city in the occupied West Bank.

Its mission was created after 29 Palestinian worshippers in a mosque were shot by an American-born Israeli settler in 1994.

Observers carry out daily patrols and document rights abuses they witness, although they are not allowed to intervene.

The mission reports its findings to its member countries, as well as the Israeli and Palestinian authorities.

Hebron is holy to both Muslims and Jews and has been a flashpoint in the Israeli-Palestinian conflict.

At least 600 Jewish settlers live under heavy military guard in the city, which is home to around 200,000 Palestinians.

Israeli settlements are seen as illegal under international law and a major obstacle to peace, as they are built on land the Palestinians see as part of their future state.