A victory at the US Election 2020 could provide President Donald Trump with the opportunity to deliver on his pledge to “drain the swamp”, according to Nigel Farage. Mr Farage insisted the US President will be able to be “more radical” with his policies if he secures a second term in the White House. Speaking to ITV News, the British politician said: “I think a Donald Trump second term is Donald Trump with a straightjacket removed.

“It’s Donald Trump able to keep the promises that he made to the electorate here in America.

“And I think a Donald Trump second term will really take on the swamp.”

Mr Farage continued: “If there’s a failure in the first term, and it’s not a big failure, is that he’s not really been able to drain the swamp.

“I think, in terms of the FBI and many of the other government agencies, Donald Trump term two is going to see a much more radical president, unconstrained in every way.

JUST IN: US election LIVE: Trump set to win Florida in devastating blow for Biden as race tightens 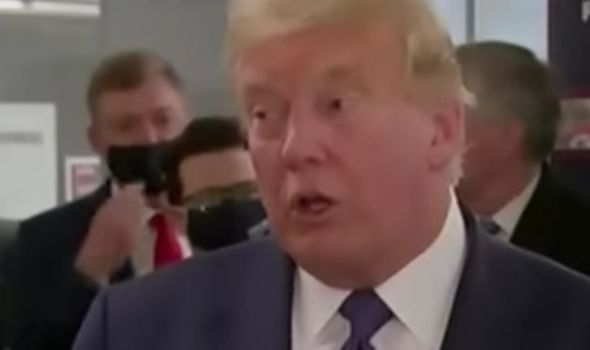 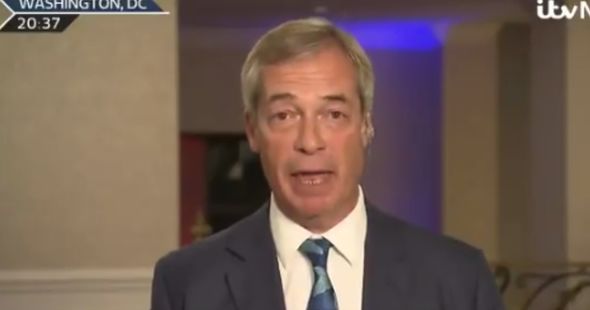 “And just maybe, he can make Americans believe that Washington isn’t any longer pushing against them.”

After an initial sliip in the polls over the past month, President Trump slashed the lead of Democratic opponent Joe Biden in the polls.

Mr Trump hit the road in the past few days for a final round of rallies in the swing states of Pennsylvania and Michigan to hit the 270 electoral votes need to secure the presidency.

Despite his efforts, Democrats are expected to keep hold of the House with a stroger majority.