The US election is just under a month away as Joe Biden remains ahead in the polls amid Donald Trump’s health concerns. A new national poll by NBC and the Wall Street Journal has the Democrat candidate 14 points clear of the US President. Mr Trump has been given experimental drugs for treatment after testing positive for coronavirus.

The outspoken Republican looks to be in an increasingly precarious position with polls causing concern for the US President in key areas of the country.

The Guardian’s poll tracker has Mr Biden ahead in Florida, Arizona, Michigan, Ohio and Pennsylvania – all swing states that could decide the election.

However, polls did undercount Mr Trump’s votes in 2016, and this could happen again.

Nevertheless, the president is in a weaker position than he was at this stage of the 2016 campaign – and some Democrats fear he could resist defeat. 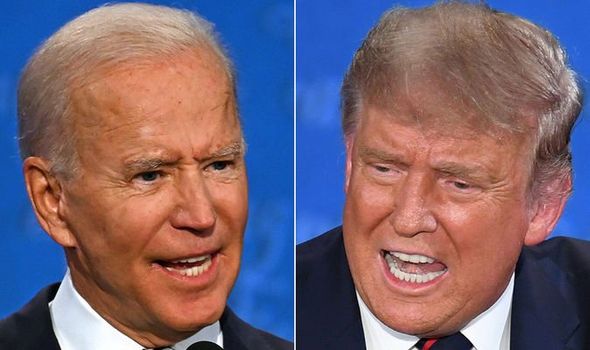 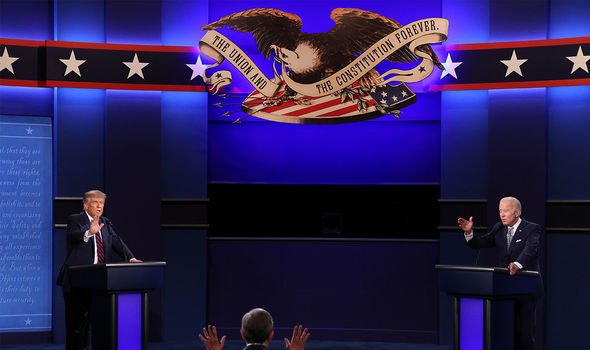 Three in four supporters of Mr Biden are worried about the prospect of Mr Trump rejecting the US presidential election result if it goes against him, an Opinium Research poll for the Guardian shows.

The survey laid bare the feeling in the US that Mr Trump could refuse to accept the outcome and spark a constitutional crisis in the country.

Opinium found that 47 percent of Americans worry that this could happen.

Among Biden voters, that figure climbs to 75 percent, whereas for Trump voters it stands at 30 percent. 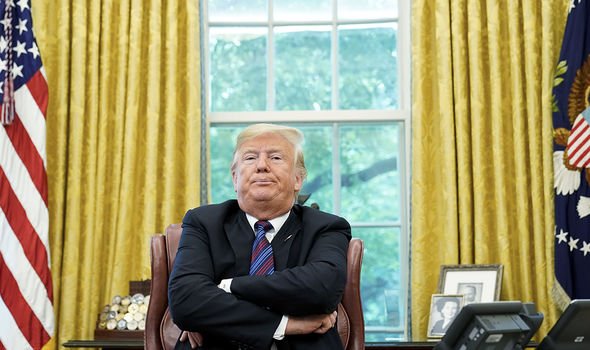 Two in five (41 percent) Trump voters are worried that Biden will lose but not concede, as opposed to around one in four Biden voters (28 percent).

These fears haven’t been eased by the President’s attacks on the voting system, including disinformation surrounding its integrity.

In August, he said: “The only way we’re going to lose this election is if the election is rigged.” 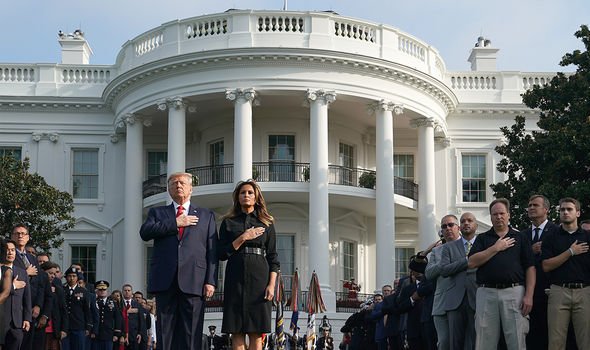 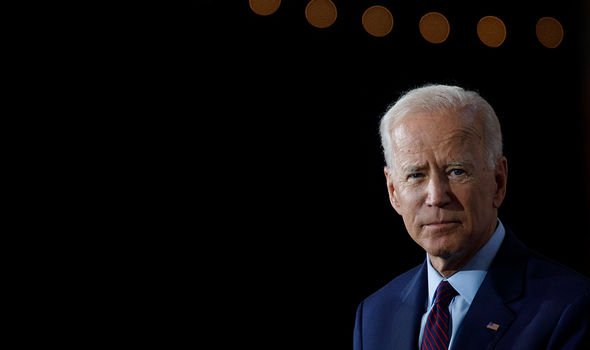 The claim appears to have had an impact on voter opinions though, as the Opinium poll found 60 percent of Trump voters are worried that the election is being rigged, while more than half of Biden voters (53 percent) share the same concern.

In July, these fears were also worsened when Mr Trump refused to commit to accepting the result.

In an interview with Fox News Sunday recorded at the White House, Mr Trump said: “I’m not losing, because those are fake polls.”

When asked if he would accept defeat, he replied: “I have to see.