Second US-North Korea summit will be held in Hanoi, Trump said, as first round of preparatory talks ends in Pyongyang. 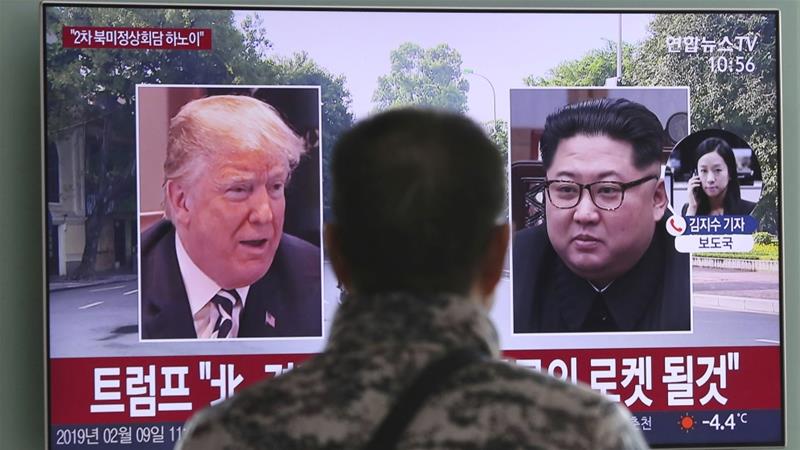 The United States and North Korea will have to do “some hard work” in the lead-up to the upcoming US-North Korea leaders’ summit, the top US envoy for North Korea said after holding talks in Pyongyang.

Stephen Biegun held three days of talks in the North Korean capital and agreed to meet his counterpart Kim Hyok Chol again ahead of the summit, the State Department said on Friday.

Speaking before meeting with the South Korean Foreign Minister Kang Kyung-wha on Saturday, Biegun said his talks in Pyongyang had been productive, but more dialogue was needed ahead of the summit.

“We have some hard work to do with the DPRK between now and then,” Biegun said in Seoul.

“I am confident that if both sides stay committed, we can make real progress.”

During the talks, Biegun and Kim Hyok Chol “discussed advancing President Trump and Chairman Kim’s Singapore summit commitments of complete denuclearisation, transforming US-DPRK relations, and building a lasting peace on the Korean Peninsula,” the State Department said, referring to North Korea by the acronym for its official name, the Democratic People’s Republic of Korea.

“My representatives have just left North Korea after a very productive meeting and an agreed upon time and date for the second Summit with Kim Jong Un. It will take place in Hanoi, Vietnam, on February 27 & 28,” Trump said in a Twitter post on Friday.

“I look forward to seeing Chairman Kim & advancing the cause of peace!” he said.

Trump had announced the dates for the second summit with Kim on Tuesday and said it would be held in Vietnam, but the city had not been disclosed.

At their landmark summit in Singapore last year, the US and North Korean leaders produced a vaguely worded document in which Kim pledged to work towards “the denuclearisation of the Korean Peninsula”.

But progress has since stalled, with the two sides disagreeing over what that means.

Experts say tangible progress on Pyongyang’s nuclear weapons will be needed for the second summit if it is to avoid being dismissed as “reality TV”.

North Korea has yet to provide any official confirmation of the Hanoi summit.

Biegun said last week his Pyongyang talks would be aimed at seeking progress on commitments made in Singapore and mapping out “a set of concrete deliverables” for the second summit.

He said Washington was willing to discuss “many actions” to improve ties and entice Pyongyang to give up its nuclear weapons and that Trump was ready to end the 1950-53 Korean War, which concluded with an armistice, not a peace treaty. 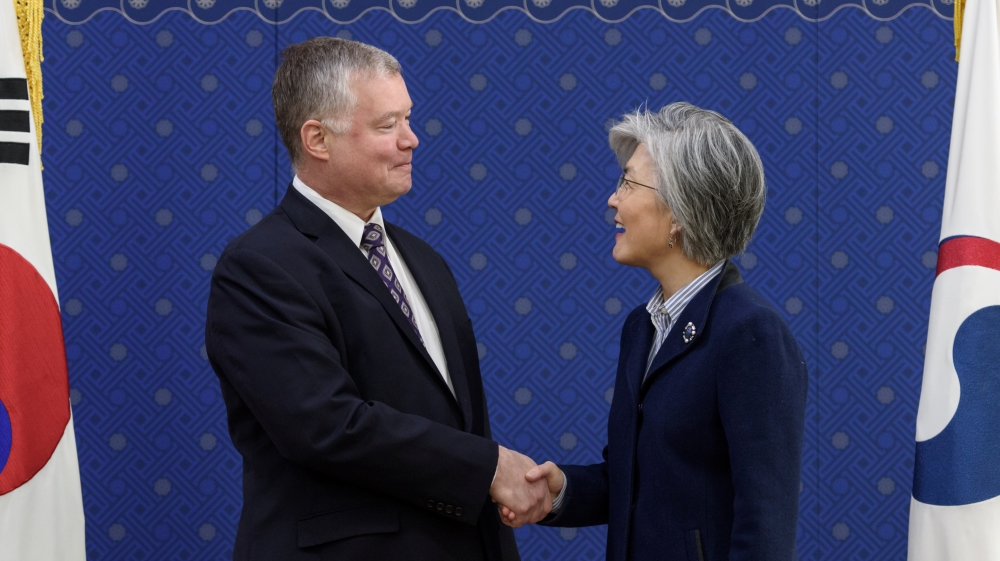 Biegun said Kim Jong Un committed during an October visit by US Secretary of State Mike Pompeo to the dismantling and destruction of plutonium and uranium enrichment facilities and that “corresponding measures” demanded by North Korea would be the subject of his talks.

At the same time, he set out an extensive list of demands that North Korea would have to meet eventually, including full disclosure of its nuclear and missile programs, something Pyongyang has rejected for decades.

Experts say the most likely scenario in Vietnam is that the concerned parties – North and South Korea, the US, and China – would declare a formal end to the war as a political statement.

They also say Kim is determined to win relief from US-led sanctions to help revive his country’s troubled economy, while Trump, faced with domestic problems such as the investigation into alleged Russian interference in the 2016 presidential election, wants foreign policy achievements.

In a post on Twitter, Trump said that North Korea would become an “economic powerhouse” under Kim.

“North Korea, under the leadership of Kim Jong Un, will become a great Economic Powerhouse,” Trump tweeted. “He may surprise some but he won’t surprise me, because I have gotten to know him & fully understand how capable he is.”

The US leader announced the plan for his second meeting with Kim in his annual State of the Union Address on Tuesday.

He said much work remained to be done in the push for peace with North Korea, but cited the halt in its nuclear testing and no new missile launches in 15 months as proof of progress.

While in the US view North Korea has yet to take concrete steps to give up its nuclear weapons, Pyongyang complains that Washington has done little to reciprocate for its freezing of nuclear and missile testing and dismantling of some facilities.