MADRID (Reuters) – Spain’s cherished saying that there is “a bar on every corner” is in jeopardy with 85,000 drinking and eating establishments facing closure if a coronavirus rebound gets out of control. 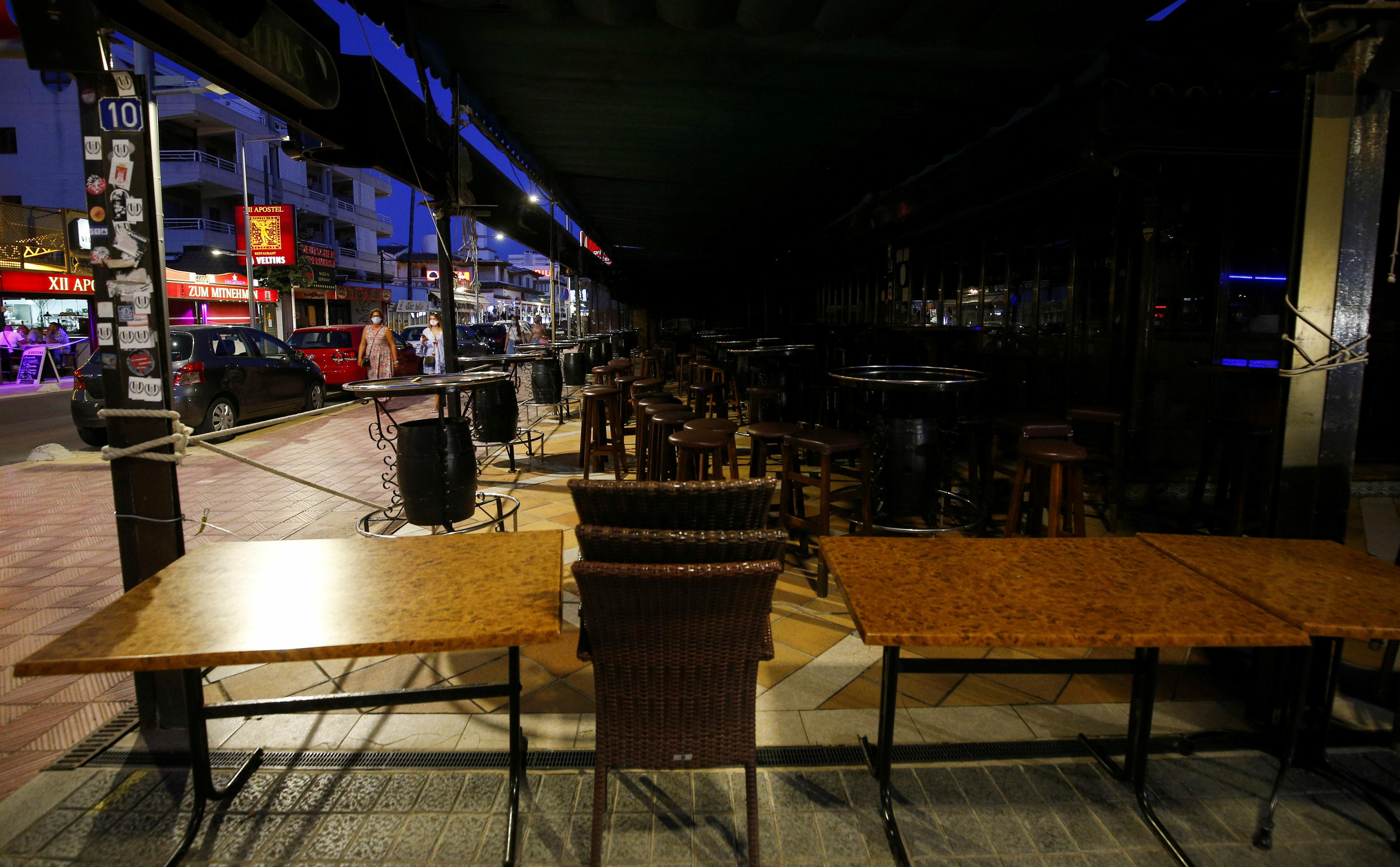 That was the warning from the main hospitality business lobby, which said some 40,000 bars and restaurants had already shut down permanently in tourism-dependent Spain which implemented one of Europe’s toughest lockdowns.

The Spanish Hospitality Industry Association added that in a best-case scenario, 25,000 more were likely to close by year end, with another 20,000 if spikes were not contained.

Spaniards and foreign tourists have not been drinking and eating out as much as usual when lockdown ended last month.

“In many cases the heart has been more powerful than the head and many of the businesses opened their doors while losing money,” association president Jose Luis Yzuel told Reuters on Wednesday.

“How long can (owners) maintain that?” he said, estimating that revenues for the sector were set to halve in 2020, with losses of around 67 billion euros ($77.49 billion).

Spain, which has suffered more than 28,400 deaths and about 266,000 cases of the COVID-19 disease, has seen a sharp rise in new infections over the last three weeks, but still at a level well below the peak.

Several business groups have created a lobby campaign “Together for hospitality” to seek help for a sector that accounts for about 6.2% of GDP and employs 1.7 million people.

Among their demands are a temporary cut in value-added tax and help for micro businesses, as up to 70% of the sector are self-employed or have less than three workers.

But on Wednesday, Industry and Tourism Minister Reyes Maroto ruled out a VAT cut.

“It’s not on the agenda at the moment because it involves a very important budgetary effort and the needs we have to support the various economic sectors are enormous,” he said.