The six girls and one boy were all delivered naturally at the al-Batoul Hospital in Diyala, Iraq. 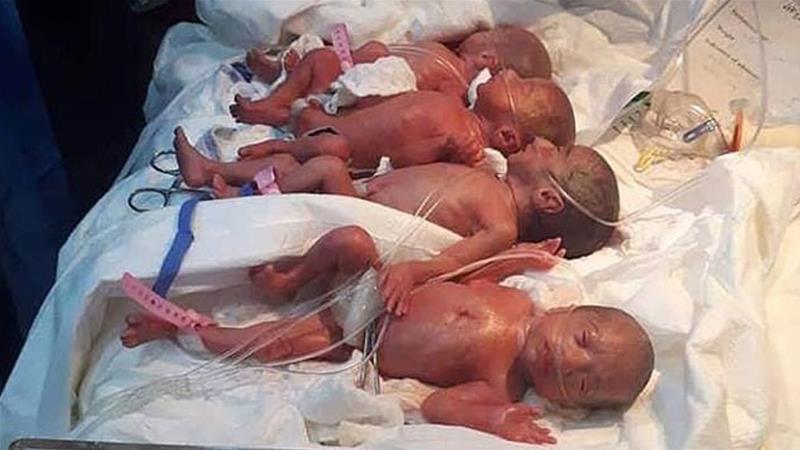 A 25-year-old woman is making headlines after she gave birth to what doctors are saying are the first septuplets in Iraq’s history.

The unnamed woman gave birth to six girls and one boy at the al-Batoul Hospital in Diyala province earlier this week.

In a statement to the press, the official spokesperson for the local health department, Firas Al Izzawi, said the woman gave birth naturally and was in good health.

He also explained the seven newborns received medical check-ups and are in perfect health.

Izzawi also said the birth was the first of its type in Iraq.

Local media published images of the infants, who are being celebrated nationwide.

Translation: Giving birth all at once … May God protect them and their mother