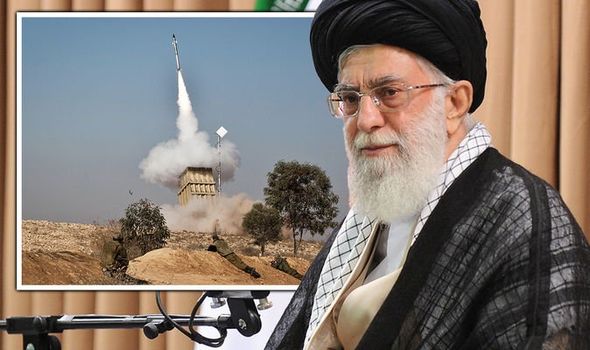 Iranian cargo ship The Saviz was left ablaze in the Red Sea yesterday after an apparent Israeli mine attack.

The attack is the latest escalation of the shadowy naval skirmishing between the rival Middle Eastern powers.

It came as US president Joe Biden tried to kick start talks with Iran on how to revive American participation in the 2015 nuclear agreement between Iran and major world powers.

Israel vehemently opposed the agreement which was abandoned by then president Donald Trump three years ago.

The extent of the damage the ship sustained is still unclear but several Iranian news outlets showed images of flames and smoke billowing from a stricken vessel in the Red Sea.

Although technically classified as a cargo ship, it was the first vessel deployed for military use that is known to have been attacked in the Israeli-Iranian skirmishes.

This is a breaking news story.