That is because yesterday Turkish-backed rebels in Syria shot down a Russian reconnaissance plane worth £7million, sparking fears of renewed tensions in the Middle East. There are also reports suggesting the revolutionary forces had destroyed two Syrian government tanks during violent clashes, bringing rivals President Erdogan and President of Syria Bashar al-Assad to the brink of conflict. Both Damascus and Ankara have enjoyed friendships with Russia, with the former a long-standing ally and Turkey emerging as a surprising partner given its NATO membership.

Given President Putin’s unwavering support for the Syrian regime, his sights will likely to turn to the Turkish leader, whom he has previously described as an “accomplice in terrorism” during a remarkably similar dispute.

In November 2015, A Turkish Air Force F-16 fighter jet shot down a Russian Sukhoi Su-24 near the Syria-Turkey border.

Ankara claimed that the Russian aircraft was targeted because it had encroached on Turkish airspace by around 1.4 miles.

Turkish forces also said that they warned the aircraft to change course 10 times in a five-minute period, but Moscow’s Defence Ministry said that its plane had never left Syrian airspace. 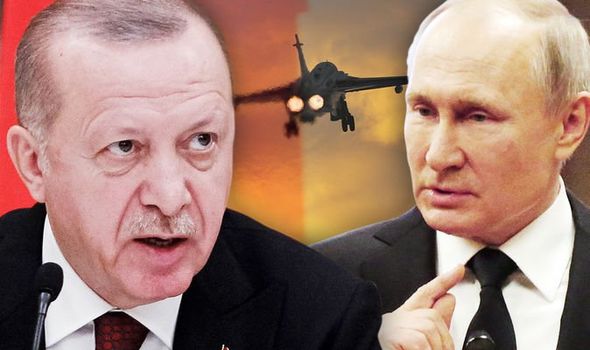 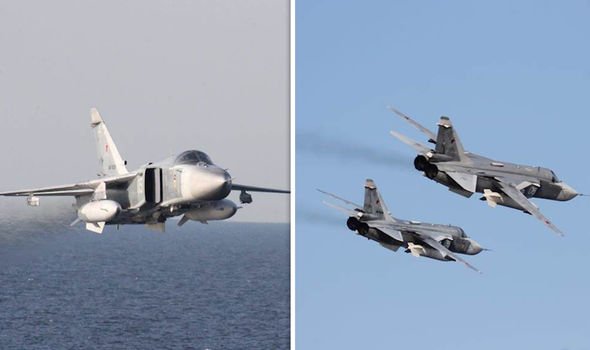 The US backed its NATO ally, wading in to argue that the Kremlin’s forces had violated Turkish territory, and that the Turks gave multiple warnings to the pilot, to which they received no response and released audio recordings of the warnings they had broadcast.

President Putin was enraged by the dispute, and the prior progress made in relations between Russia and Turkey quickly deteriorated.

He called the incident “a stab in the back by the accomplices of terrorists” and vowed it would have “serious consequences” for Russian-Turkish relations. 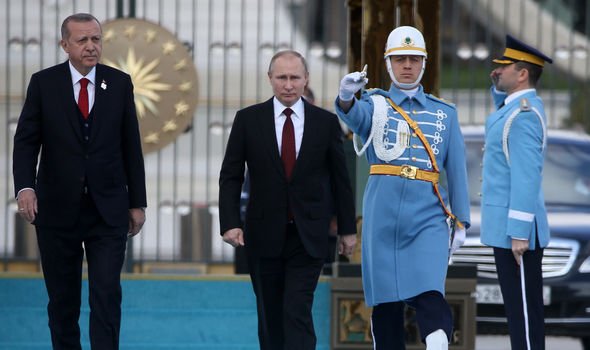 Washington’s intervention into the flashpoint was symptomatic of the growing rivalry in the Middle East, as the US and Russia battled for supremacy in the region.

While Mr Putin defiantly backed al-Assad, the White House opposed his presidency citing alleged use of chemical weapons on his own people, accusations which have been echoed by the United Nations.

Aside from the Middle East, Moscow and Washington have also been embroiled in a naval arms race as the US boasts nuclear missile-armed submarines capable of “ending the Human race”, in the words of defence magazine National Interest.

The outlet also claims they are the “most deadly weapons mankind has ever devised”. 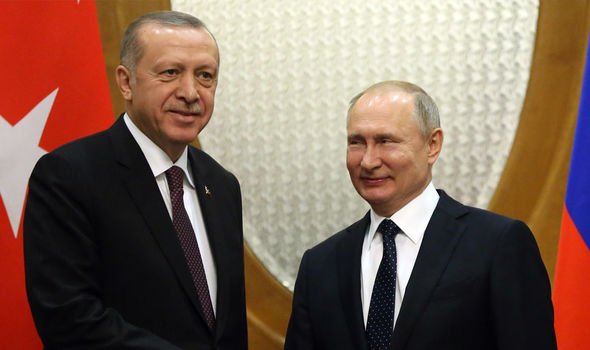 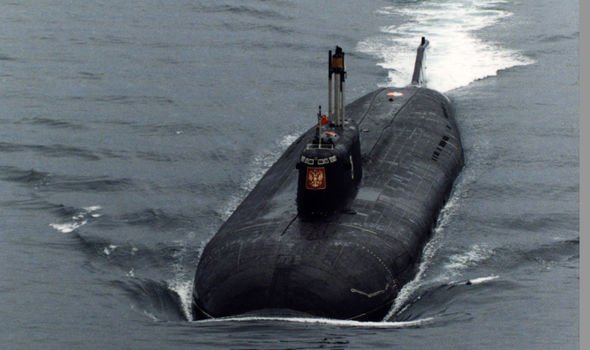 It adds: “Even a single vessel could reduce as many as 288 city-sized targets into radioactive ash in less than 30 minutes.

“Indeed, these vessels and their payloads could end human civilisation in less time than it takes to order a pizza if World War 3 were to break out.”

Russia has also used its submarines to intimidate NATO rivals, even sending its naval fleet to the periphery of the UK.

In November, Russia twice staged underwater ‘duels’ while also testing NATO defences between Scotland, Iceland and Greenland in the Atlantic.