Nuclear weapons have been a central theme of political tensions for decades, with the world’s biggest superpowers enhancing their arsenal in search of supremacy. While the deadly missiles are associated with conventional launches from military bases, they are also portable via aircraft and naval forces. As international security magazine National Interest highlights, one of the most dangerous assets seen in the biggest militaries is the nuclear submarine – and the publication claims modern submarines could “end the Human Race” as they are the “most deadly weapons mankind has ever devised”.

It adds: “Even a single vessel could reduce as many as 288 city-sized targets into radioactive ash in less than 30 minutes.

“Indeed, these vessels and their payloads could end human civilisation in less time than it takes to order a pizza if World War 3 were to break out.”

The first sea-based missile deterrent forces were a small number of conventionally powered cruise missile submarines and surface ships fielded by the United States and the Soviet Union in the Fifties.

Today, the US boasts the most powerful navy on Earth, and a key reason for its dominance is its array of weaponry. 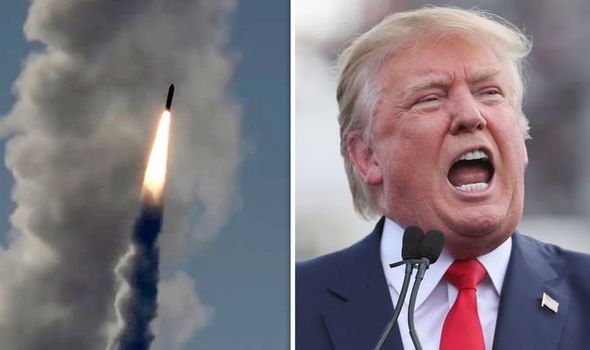 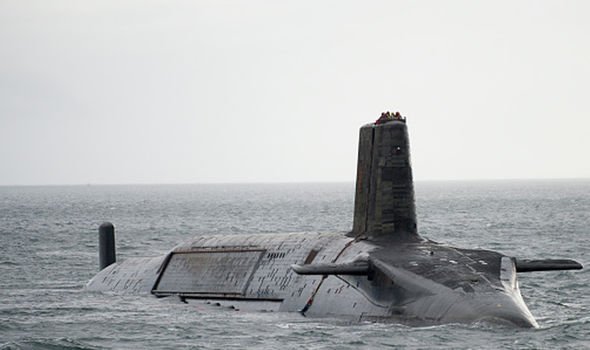 Its models are armed with variants of the Trident nuclear warhead, inspired by Neptune – the Roman god of the Sea – who carried a trident in ancient mythology.

They are fired from below the sea’s surface and ejected from their tubes by an exploding charge.

The energy from the blast creates enough pressure to help the weapon clear the water’s surface, allowing naval forces to hit a target with less risk of detection. 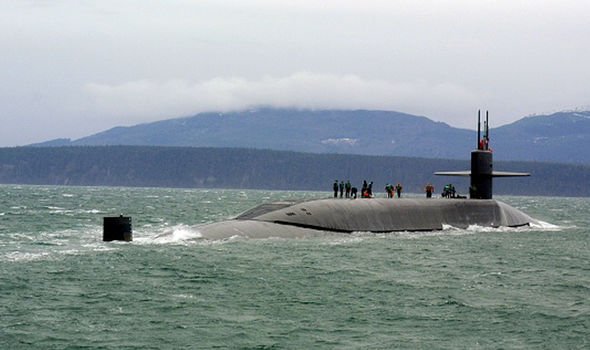 While the US and UK hold some of the most advanced weapons in the world, they also have rivals in Russia and China.

President Vladimir Putin has invested heavily in Moscow’s naval arsenal, and also flaunted its power a stone’s throw from the UK.

In November, Russia twice staged underwater ‘duels’ while also testing NATO defences between Scotland, Iceland and Greenland in the Atlantic.

The report by Russian state press stated: “They are nicknamed ‘titanium destroyers’ for the hull material and range of missions performed, the main one being destruction of enemy strategic submarines and carrier groups at the beginning of a conflict.”

China also has its own ambitions on water as it competes with the US and Asian neighbours for control of the South China Sea. 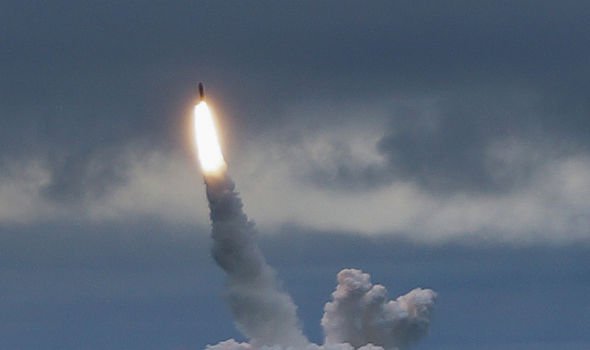 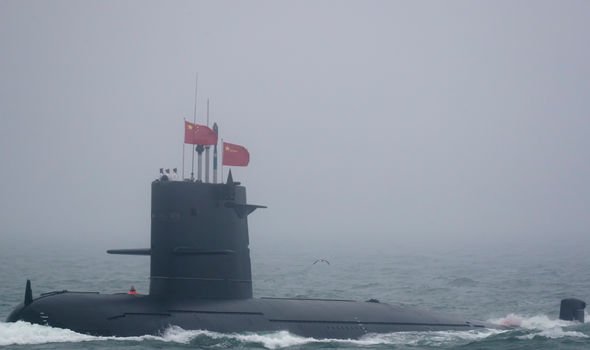 The region is rich with natural resources and home to lucrative shipping lanes, causing Beijing to undertake intense militarisation.

As part of this surge in military presence, China has sent its submarines into the region on patrols.

It has also denied adversaries access to its coastal waters through an expanding array of missiles and naval bases.

Powerful radars light up US, Japanese, and other ships that patrol the Western Pacific. Cutting-edge satellites peer down from space to mark them for potential targeting.

And Beijing has deployed scores of missile batteries capable of hitting targets hundreds of miles away all along the coast.