At least three people have died and several others were injured, including a young boy, after a knife attack in Germany.

Armed police arrested the suspect following the stabbing spree in the southern city of Wurzburg on Friday.

Officers have identified the man as a 24-year-old Somali who lives in the Bavarian city. 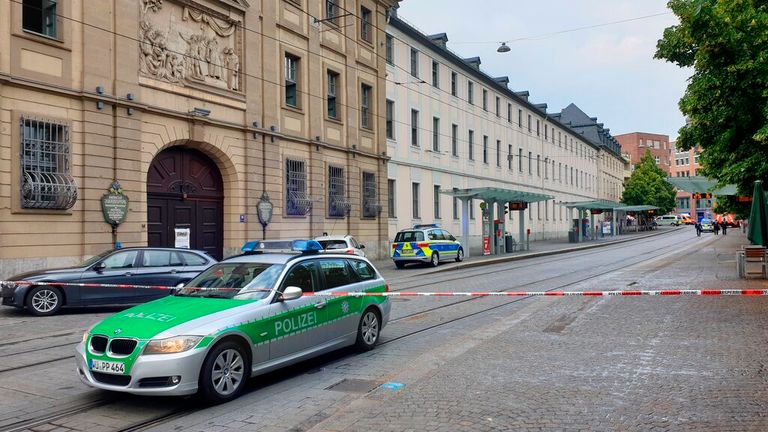 The suspect was receiving psychiatric treatment before the attack and was known to police, Minister of the Interior of Bavaria, Joachim Herrmann said.

Mr Herrmann, Bavaria’s top security official, said a young boy was among the injured – and that his father is possibly among the dead.

Videos posted on social media showed members of the public surrounding the alleged attacker and holding him down with chairs and sticks.

A woman who said she had witnessed the incident told German RTL television that officers then stepped in.

“He had a really big knife with him and was attacking people,” said Julia Runze. 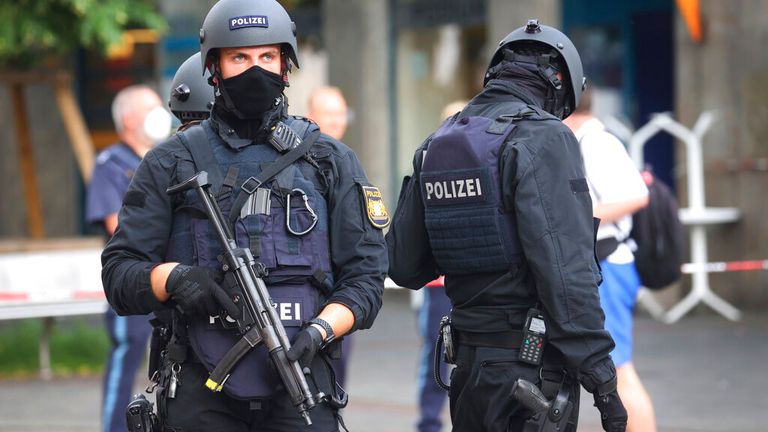 “And then many people tried to throw chairs or umbrellas or cellphones at him and stop him.

“The police then approached him and I think a shot was fired, you could hear that clearly.”

The suspect was reportedly shot in the leg by police. His life was not in danger from the gunshot wound, a force spokeswoman said. 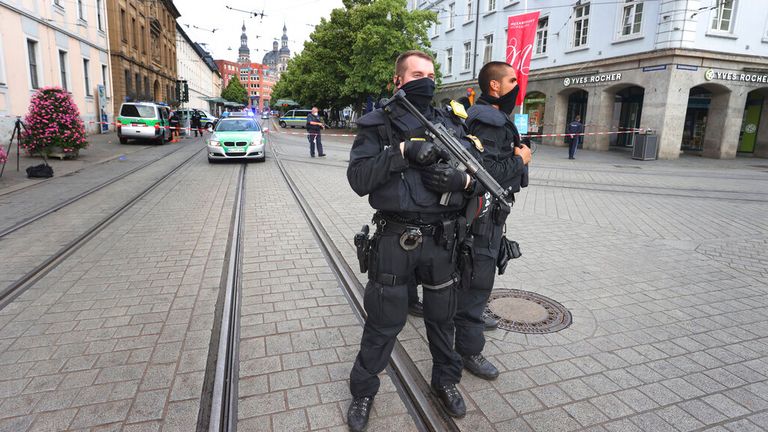 The situation, which unfolded in Barbarossa Square, is now under control, officers said.

Police said there are “no indications of a second suspect” and stressed: “There is no danger to the population.”

“The attacker was overpowered after police used a firearm,” Lower Franconia Police said on Twitter. 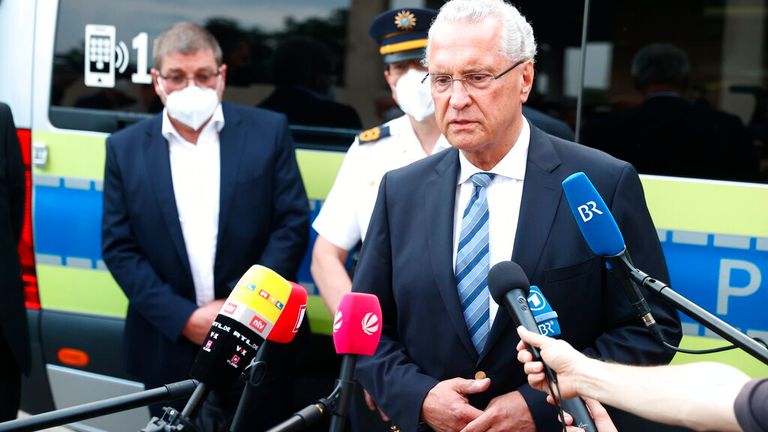 Investigations are ongoing to establish a possible motive for the attack.

The force added: “Three people were killed in an attack by a 24-year-old Somali.

“Others were injured, some seriously.

“The man, who lives in Wuerzburg, was hit with a police bullet, but his life is not in danger.” 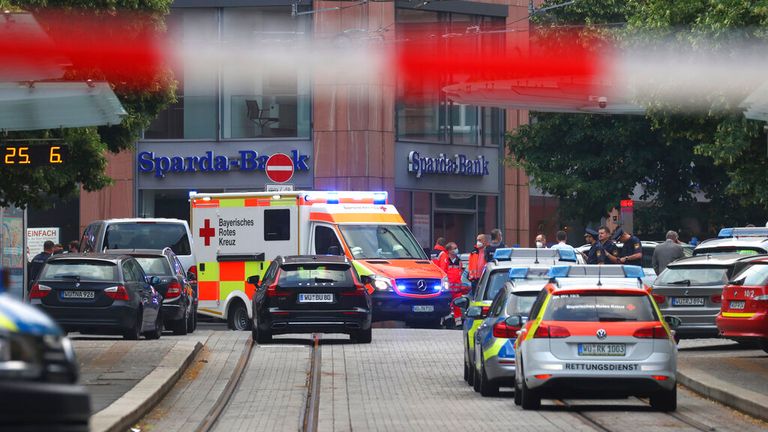 Wurzburg, which has a population of around 130,000, is located south-east of Frankfurt.

Bavaria’s governor, Markus Soeder, described the news as “terrible and shocking” on Twitter.

“We grieve with the victims and their families”, he posted.

Mr Soeder also thanked police and rescue workers for their rapid response and members of the public for their “courageous intervention” during the incident.