Park rangers have saved a young gorilla after it became tangled in a poacher’s snare.

Theodore, a three-year-old gorilla, was found caught in an illegal trap in Virunga National Park in the Democratic Republic of Congo.

Rangers were forced to sedate his mother and distract his silverback father while treating the youngster. 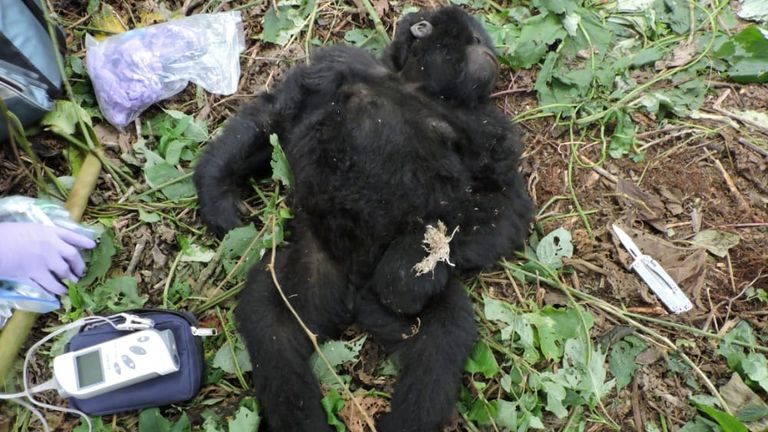 Emmanuel De Merode, director of Virunga National Park, said the rangers worked quickly and had to make sure his parents didn’t attack them during the operation.

“There was a lot of commotion, the silverback wasn’t happy but they were able to move fast and effectively enough to apply antibiotics and treat the baby gorilla,” he said.

He said there had been a spike in the poachers trying to steal animals since the start of the coronavirus outbreak in March.

“There has been an increase in the number of people going into the forest to lay those snares,” he said. 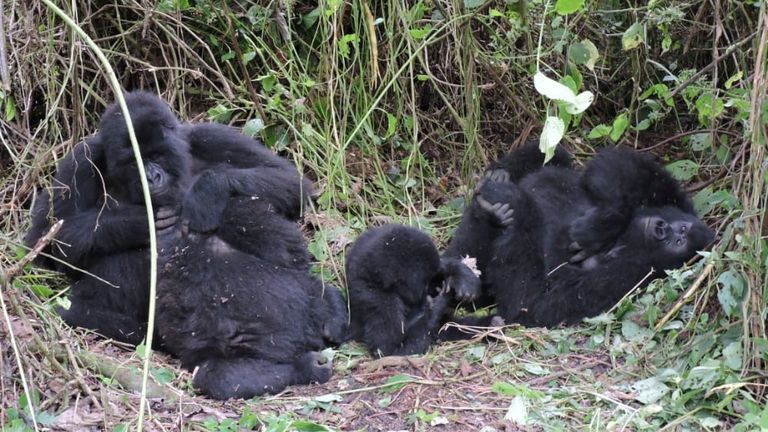 The 3,000 sq mile park, which is a UNESCO world heritage site, has forests, glaciers and volcanoes and contains more species of birds, reptiles, and mammals than any other protected area in the world.

It is also home to more than half of the world’s endangered mountain gorilla population.

The park was closed to tourists in March to help stop the spread of COVID-19 to the local community, and to protect the animals.

But the number of rangers working in the area has dropped as people have been forced to shield from the virus.

“Signs of an increase in poaching are extremely worrying,” said Mr De Merode.

“We took the decision to suspend tourism activities to protect both the mountain gorilla population and the local communities from the threat of the transmission of the disease, but the coronavirus is leading to a shortage of resources that puts the gorillas at the mercy of poachers and increasingly threatens the livelihoods of local people.”

More than 700 rangers protect the park normally, according to its website. It is not known how many have been working there during the pandemic.

The country, much like the rest of the world, has faced problems with a collapse in tourism, fewer job opportunities and higher food prices amid the outbreak, meaning people living around the park have had to hunt for bush meat to survive.

The capital Kinshasa has reported 8,403 cases of the virus, according to Johns Hopkins University.

A total of 194 people have died in the city after contracting the virus. Around 11 million people live there.